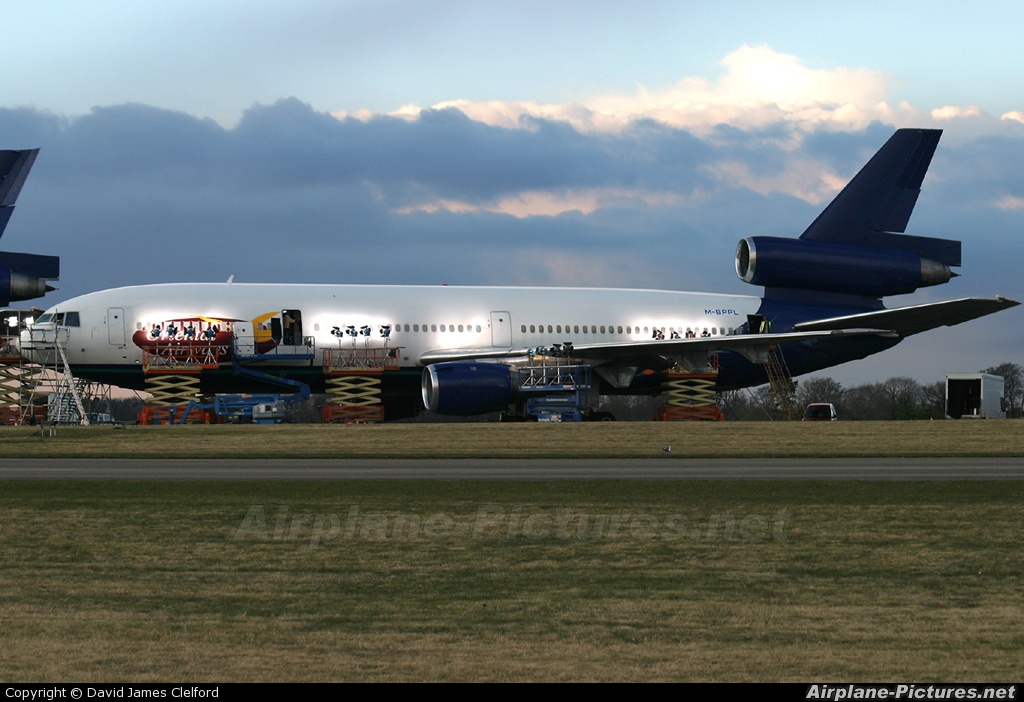 
Photographer's remark
(27.1.2008, 10:03 CET)
Ex Mytravel / Airtours DC-10, G-DPSP. This aircraft has had the spoof airline name and registration added for the purpose of a film crew doing some shoots, as can be seen by all the added lighting and the guy just inside the doorway, behind the titles.

2 Filming
(7 July 2010 - 02:08 CET)
As a former aero engineer when I saw the aircraft reg markings and couldn't fir the life of me remember the M origin code I needed to satisfy my curiosity and found your picture .... Filming of the aircraft can be seen on the 'Ultimate Force' SAS fictional series. Episode 1 of series 3!!! I'm sure you can find a copy on the iinternet if you are interested!

Terms and Conditions | About | FAQ | Photo Use | Privacy Policy | Online 1774 (64 members)
© 2006-2021 Airplane-Pictures.net | E-mail us: Team@Airplane-Pictures.net
All photos are copyright © to their respective photographers and may not be used without permission.