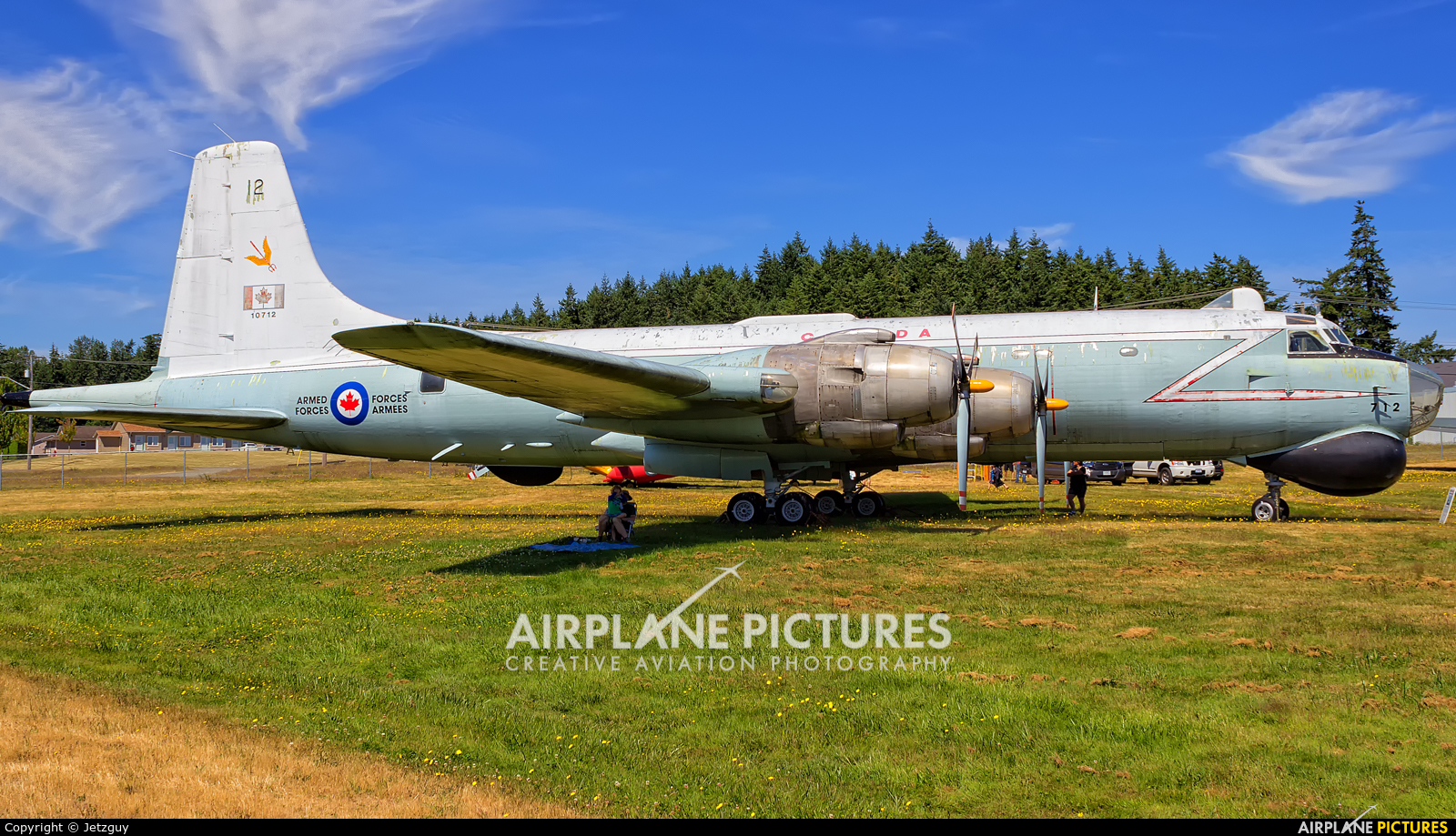 
Photographer's remark
(14.4.2018, 07:12 CET)
This is the first photo on the site of the Canadair CP-107 Argus maritime patrol aircraft. Canadair began work on the Argus in April 1954 and at the time it was the largest aircraft built in Canada. The hybrid design, initially was derived from the Bristol Britannia transport having the same wings, tail surfaces and landing gear. Canadair changed the aircraft from British materials and standards for North American ones. The fuselage was completely redesigned by Canadair, going from the pressure cabin of the Britannia to an unpressurised one with bomb bays fore and aft of the wings. The powerplant was also changed from the Bristol Proteus turboprop engines to Wright R-3350 compound (piston) engines which had lower fuel consumption necessary for extended missions at low level. The Argus replaced the RCAF Lancaster and Lockheed P-2 Neptune aircraft types previously flown in the maritime roles. One of the most effective anti-submarine warfare (ASW) aircraft of its day, the Argus was a mainstay for the RCAF. A large amount of equipment was carried, including: search radar, sonobuoys, electronic counter measures (ECM), explosive echo ranging (EER) and magnetic anomaly detector (MAD). Up to 8,000 lb (3,632 kg) of weapons could be carried in the bomb bays, including torpedoes, bombs, mines and depth charges. A flight crew of 15 consisting of three pilots, three navigators (Observer Long range), two flight engineers and six radio officers (observer rad) until the early 1960s when the crew included both commissioned officers (tactical navigator/radio navigator) and non commissioned officers (observers), the number of which was dependent on the mission. Four crew bunks and a galley were provided to extend the efficiency of the crew on long patrols (average 18 hrs). The Argus had an endurance of approximately 26½ hours with full armament. An Argus flown by 407 Maritime Patrol Squadron holds the Canadian military record for the longest flight by an unrefuelled aircraft at slightly over 31 hours . A total of 33 Argus aircraft were built for the RCAF. The principal difference between the Mark I (13 aircraft) and Mark II (20 aircraft) was primarily in the different navigation, communication and tactical electronic equipment fitted internally. Externally, the Mk II exhibited a redesigned smaller nose radome and additional ECM antenna above the fuselage. The Argus flew its last service mission on 24 July 1981 and was then replaced by the Lockheed CP-140 Aurora.

Terms and Conditions | About | FAQ | Photo Use | Privacy Policy | Online 1562 (58 members)
© 2006-2021 Airplane-Pictures.net | E-mail us: Team@Airplane-Pictures.net
All photos are copyright © to their respective photographers and may not be used without permission.