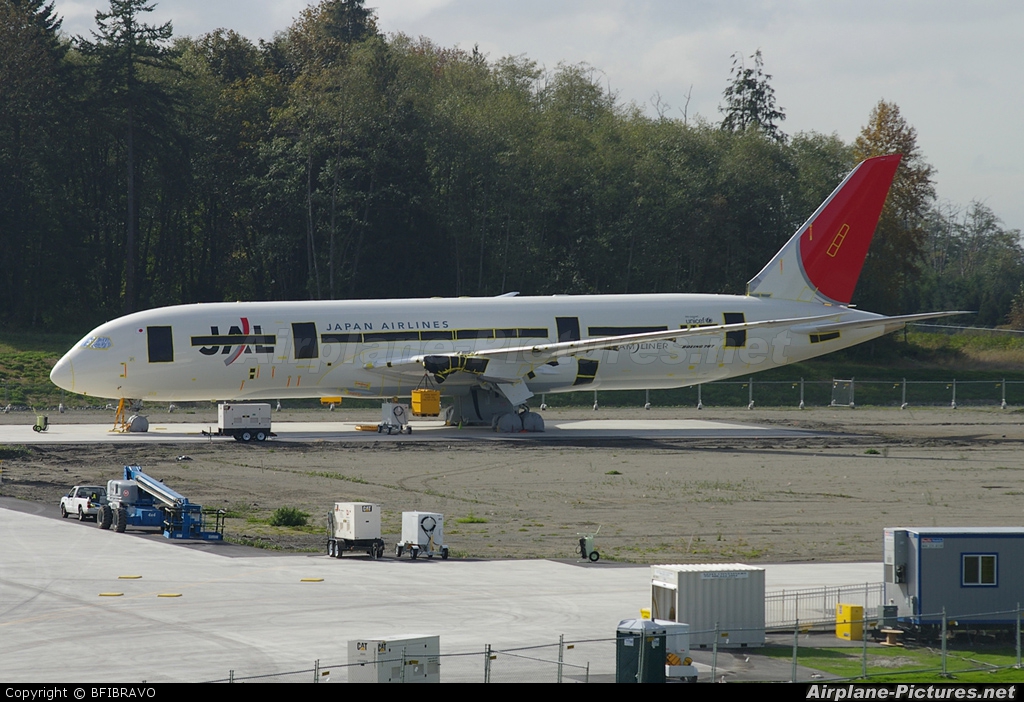 
Photographer's remark
(15.10.2010, 21:03 CET)
Due to continued production delays and lack of available flightline space, unfinished Dreamliners are being parked throughout the perimeter of Paine Field. As seen in the photo is a JAL 787-846, sitting engineless next the the Future of Flight Museum. It is believed that the line no. is 21 as their are no identifiable markings on the aircraft.

Terms and Conditions | About | FAQ | Photo Use | Privacy Policy | Online 1091 (49 members)
© 2006-2020 Airplane-Pictures.net | E-mail us: Team@Airplane-Pictures.net
All photos are copyright © to their respective photographers and may not be used without permission.