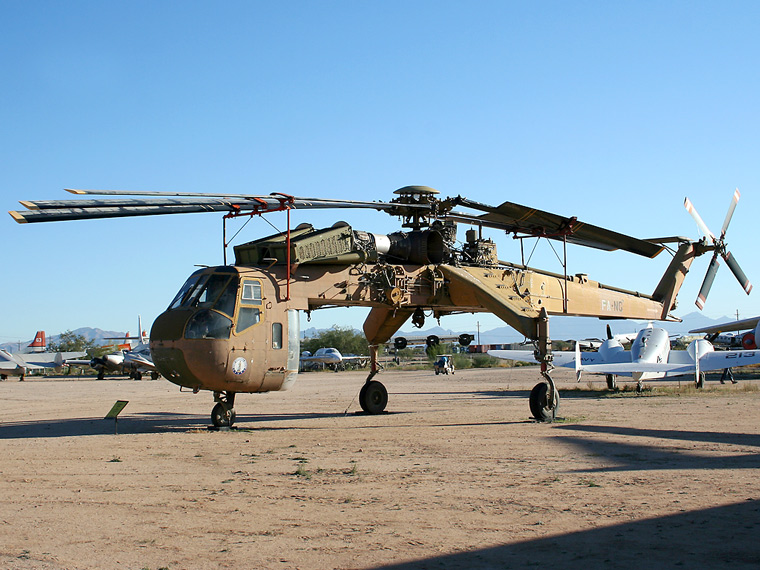 4 Bill Pippin
(1 May 2011 - 06:00 CET)
I had the great fortune to have found some of my Vietnam footage from 1970 and what should I see, but this very Skycrane dropping off one of our OV-10s(VAL4 Blackponies) from Saigon. It had sustained some damage when the nose gear collapsed. I only had the camera for a month before someone felt they needed it more than me. I was very lucky to have been able to read the 437 on the nose..belonged to the 273rd Aviation Company, US Army.

Terms and Conditions | About | FAQ | Photo Use | Privacy Policy | Online 1050 (56 members)
© 2006-2020 Airplane-Pictures.net | E-mail us: Team@Airplane-Pictures.net
All photos are copyright © to their respective photographers and may not be used without permission.