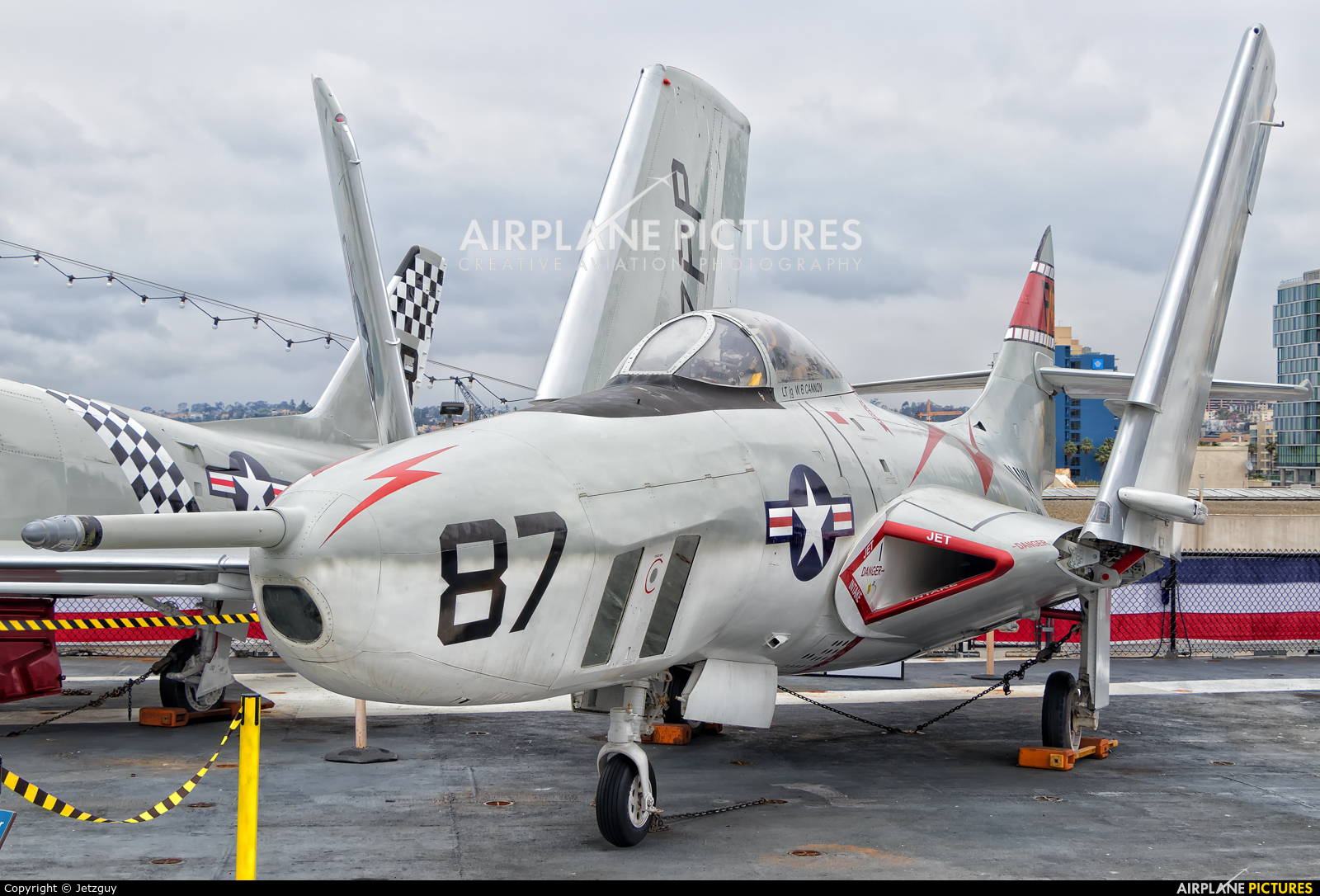 
Photographer's remark
(11.6.2018, 18:53 CET)
The first Panthers were assigned to fleet squadron VF-32 at the end of 1952. The First F9F Cougar squadron to actually deploy was VF-24, assigned to USS Yorktown in August 1953 but arrived too late to the Korean theater to participate in the air war. These jets had many versions. They were powered by 1 × Pratt & Whitney J48-P-8A turbojet with 7,250 lbf of thrust. The F9F-8s were withdrawn from front-line service in 1958–59, replaced by F11F Tigers and F8U Crusaders. The Naval Reserves used them until the mid-1960s, but none of the single-seat versions were used in the Vietnam War. Reportedly they were easy to fly and quite manoeuvrable. Over 1,900 were built. A total of 110 F9F-8Ps (photo-reconnaissance) aircraft were produced with an extensively modified nose carrying cameras. They also were withdrawn after 1960 to reserve squadrons. Approximately 110 Panthers were modified to become photo recon birds. They eliminated the guns and related equipment and incorporate the photographic equipment and automatic pilot and their controls and instruments has resulted in the following changes: Rearrangement of electronics equipment installed in the area enclosed by the fuselage nose section, lengthening of this section by 12 inches, and shortening of the sliding nose section. Rearrangement of the left and right consoles and the main instrument panel to provide space for the controls associated with the additional equipment. Some minor changes of the fuselage structure and equipment installations to provide for the necessary ducting control for hot air from the engine compressor, which is used for defrosting the camera windows and heating the camera compartment. Removal of all armament and the Armament Control System, removal of AN/APG-30 radar system and installation of an additional armour plate bulkhead.

Terms and Conditions | About | FAQ | Photo Use | Privacy Policy | Online 2049 (64 members)
© 2006-2021 Airplane-Pictures.net | E-mail us: Team@Airplane-Pictures.net
All photos are copyright © to their respective photographers and may not be used without permission.