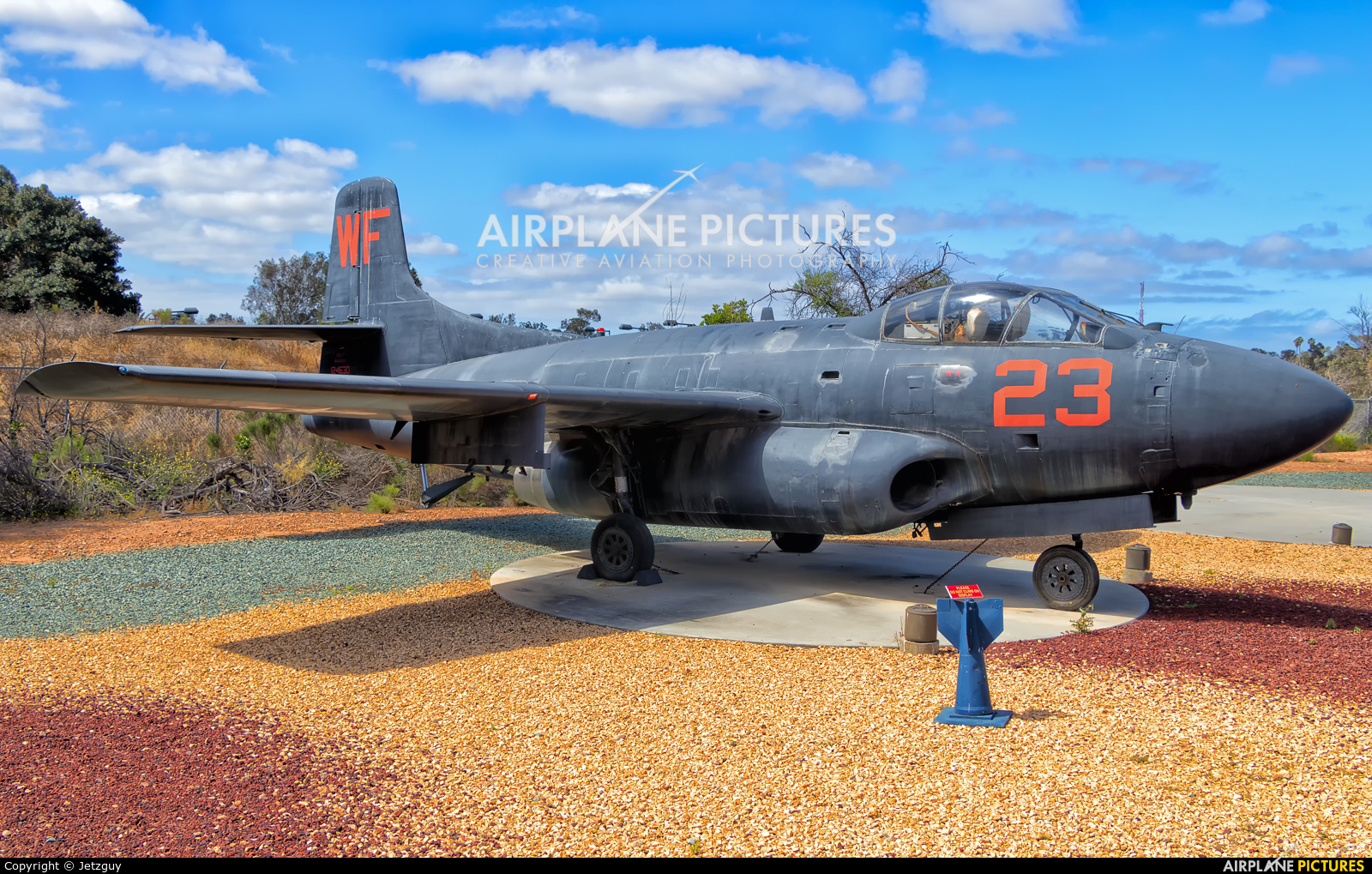 2 Jetzguy
(19 July 2018 - 15:56 CET)
Thanks Dmitry. It is the only US Marine Aviation museums in the world. They are fundraising to build an exhibition hall and indoor display area for most of these aircraft. Just a great place to visit. Thanks for taking the time to check out the photos!

4 Jetzguy
(20 July 2018 - 05:26 CET)
Thanks Ricardo. The Douglas F3D Skyknight. The F3D was designed as a carrier-based all-weather night fighter. The Skyknight played an important role in the development of the radar-guided AIM-7 Sparrow missile. It also served as an electronic warfare platform in the Vietnam War as a precursor to the EA-6A Intruder and EA-6B Prowler. Some Vietnam War U.S. Marine veterans have referred to the Skyknight as "Drut", whose meaning becomes obvious when read backwards...HaHaHa. This may be in reference to its age, unflattering looks or its low-slung air intakes that made it vulnerable to foreign object damage

Terms and Conditions | About | FAQ | Photo Use | Privacy Policy | Online 1281 (27 members)
© 2006-2020 Airplane-Pictures.net | E-mail us: Team@Airplane-Pictures.net
All photos are copyright © to their respective photographers and may not be used without permission.