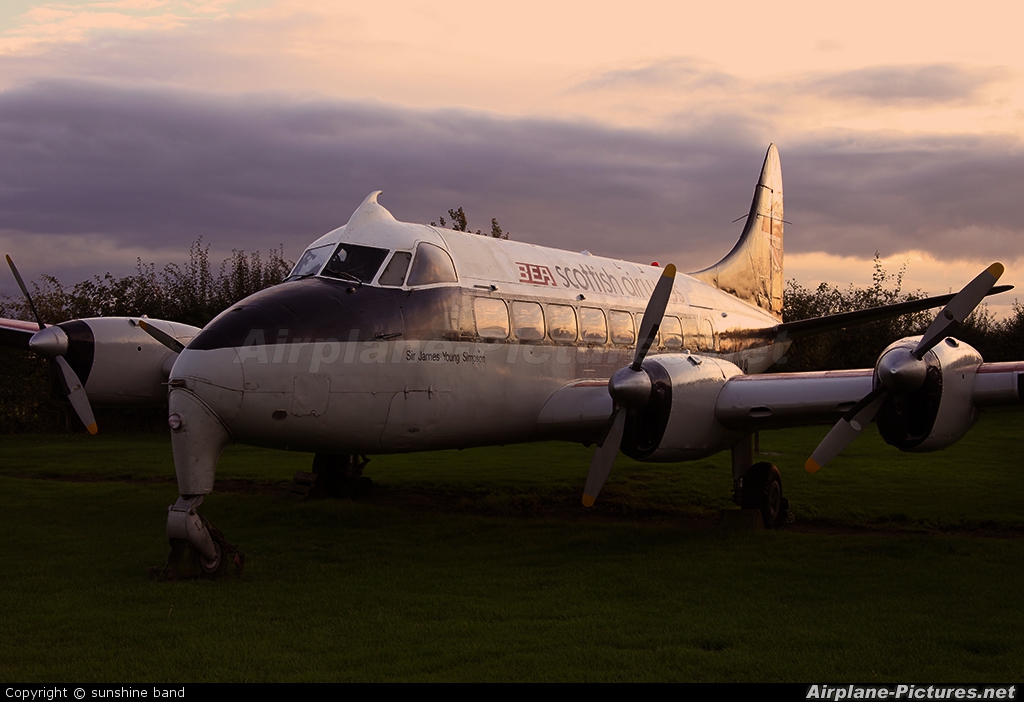 1 Wallace Shackleton
(25 November 2010 - 23:10 CET)
Named after Sir James Young Simpson who was a Scottish doctor and an important figure in the history of medicine. Simpson discovered the anaesthetic properties of chloroform and successfully introduced it for general medical use. It's sister ship G-ANXA was named after nursing sister Jean Kennedy. who was killed when company Heron G-AOFY crashed on approach to Islay Airport on a mercy flight.

Terms and Conditions | About | FAQ | Photo Use | Privacy Policy | Online 1131 (44 members)
© 2006-2020 Airplane-Pictures.net | E-mail us: Team@Airplane-Pictures.net
All photos are copyright © to their respective photographers and may not be used without permission.