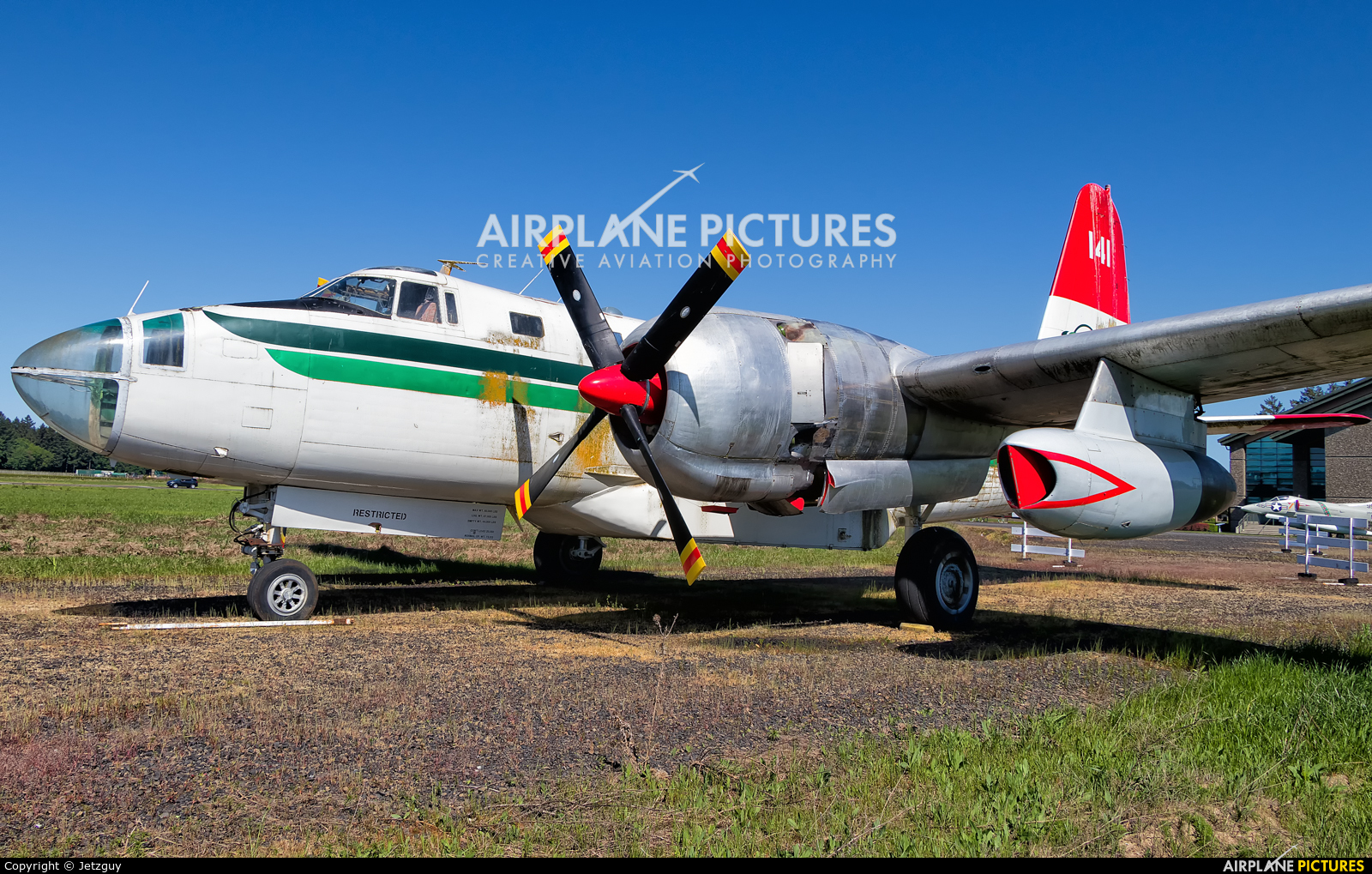 
Photographer's remark
(3.9.2018, 21:31 CET)
Old Tanker 141 needs some serious love to put her back in display shape. A major goal in the Neptune's design was ease of manufacture and maintenance. This was a major factor in the type's long life and worldwide success. The first aircraft flew in May 1945 with production beginning in 1946. Beginning with the P2V-5F model, the Neptune became one of the first operational aircraft fitted with both piston and jet engines. To save weight and complexity the Westinghouse J34 jet engines on these P2Vs burned the same 115–145 Avgas fuel as the piston engines instead of jet fuel. The jet pods were fitted with intake doors that remained closed when the J-34s were not running allowing for economical piston-engine-only long-endurance search and patrol operations. In normal US Navy operations, the jet engines were run at full power (97%) on takeoff and were then shut down upon reaching a safe altitude. The jets were also started and kept running at flight idle during low-altitude (500-foot (150 m) during the day and 1,000-foot (300 m) at night) during anti-submarine or anti-shipping operations as a safety measure should one of the radials develop problems. I believe that this same process was used during low level fire fighting action as well.

Terms and Conditions | About | FAQ | Photo Use | Privacy Policy | Online 1559 (63 members)
© 2006-2020 Airplane-Pictures.net | E-mail us: Team@Airplane-Pictures.net
All photos are copyright © to their respective photographers and may not be used without permission.