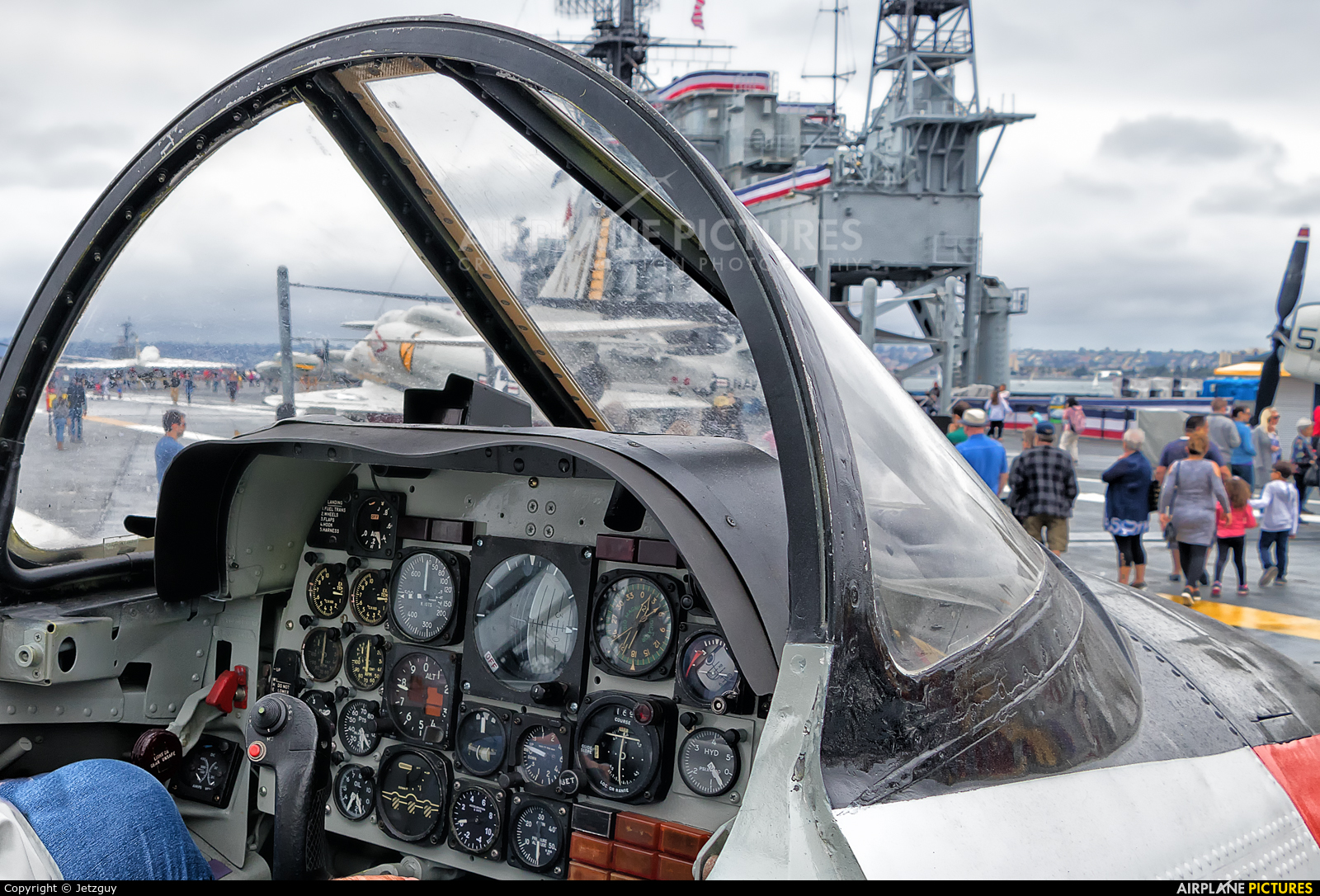 
Photographer's remark
(8.11.2018, 16:00 CET)
The T-2C Buckeye was the main intermediate jet trainer for the US Navy and Marine Corps. It entered service in 1959 and was replaced by the McDonnell Douglas T-45 Goshawk in 2008. All carrier qualifications were flown on this type. She was powered by two 2,950 lbf (13,100 N) thrust General Electric J85-GE-4 turbojets giving adequate performance. A total of 609 aircraft were built during the production run. The name Buckeye refers to the state tree of Ohio, as well as the mascot of The Ohio State University. Every jet-qualified Naval Aviator and virtually every Naval Flight Officer from the late 1950s until 2004 received training in the T-2 Buckeye, a length of service spanning over four decades. Some cockpit details on this jet as she rests on the USS Midway museum carrier in San Diego Harbour.

Terms and Conditions | About | FAQ | Photo Use | Privacy Policy | Online 1978 (55 members)
© 2006-2021 Airplane-Pictures.net | E-mail us: Team@Airplane-Pictures.net
All photos are copyright © to their respective photographers and may not be used without permission.