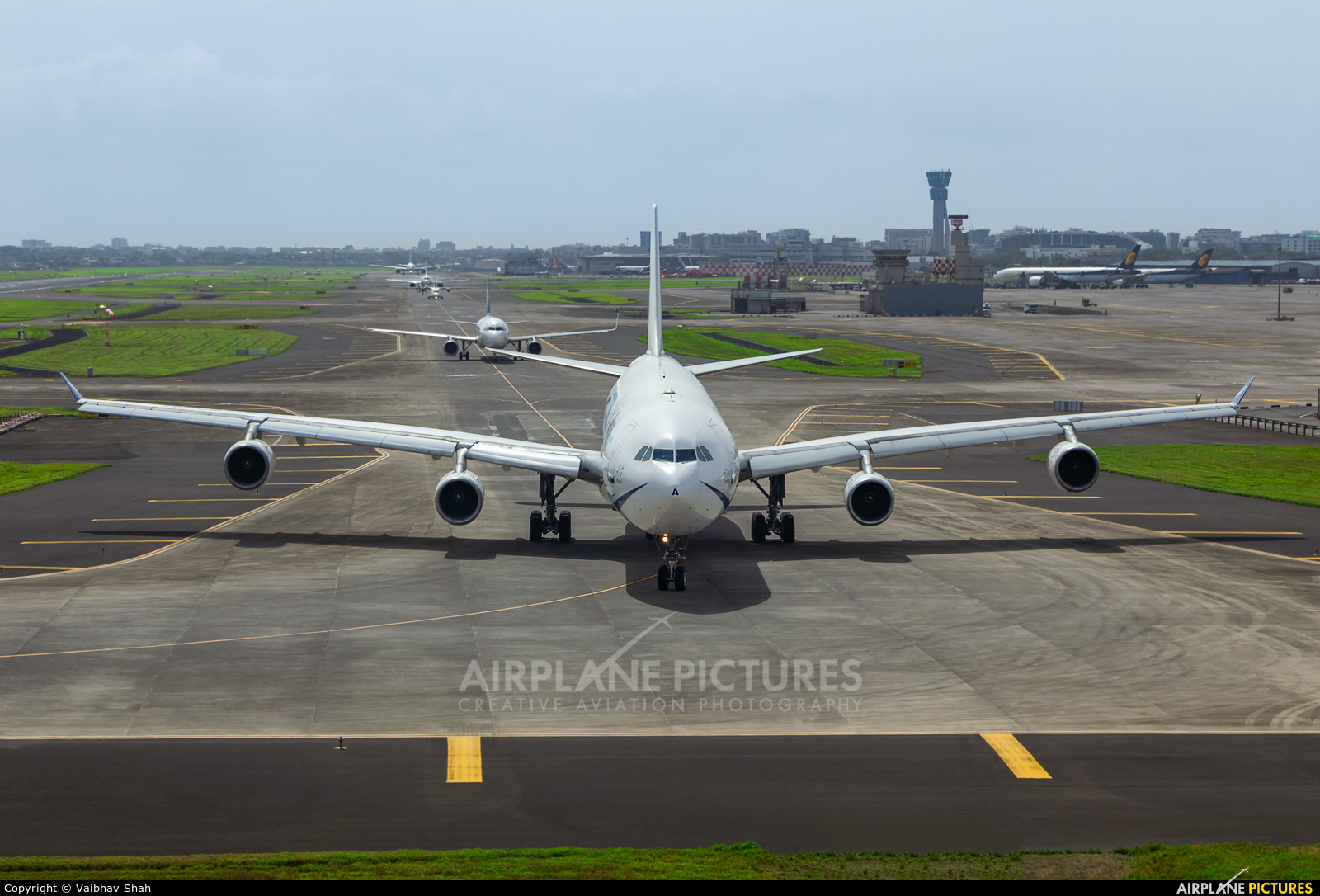 
Photographer's remark
(29.5.2019, 08:58 CET)
The Oldest and probably the Rarest active Airbus A340 in the World visits Mumbai Airport. Registered as F-WWAS, she was the 2nd prototype of the Airbus A340 program. She flew for the first time on 3rd Feb, 1992 and was tested for many years. She was also used by Airbus to promote the Airbus A340 model at aviation shows and airports around the world. She was delivered to Virgin Atlantic in May 1997 as G-VHOL and operated for the airline until she was withdrawn from use in June 2011. She was returned to her lessor GMT Holdings in September as M-YRGU and was later delivered to Iran Aseman Airlines as EP-APA in December 2011. Nicknamed “Persian Gulf”, this airframe is over 27 years old and the sole widebody aircraft in Iran Aseman’s fleet. She still actively flies on domestic and international routes. On this day she was operating on behalf of Iran Air as IR810/811, Tehran-Mumbai. This is the first and probably the last time they have operated an aircraft of some other airline to BOM. Hats off to all the maintenance engineers who have kept her in excellent condition over the years. Hope she keeps flying for many more years and keeps visiting Mumbai Airport. :)

My Favorites by majerle9

Terms and Conditions | About | FAQ | Photo Use | Privacy Policy | Online 1340 (75 members)
© 2006-2020 Airplane-Pictures.net | E-mail us: Team@Airplane-Pictures.net
All photos are copyright © to their respective photographers and may not be used without permission.