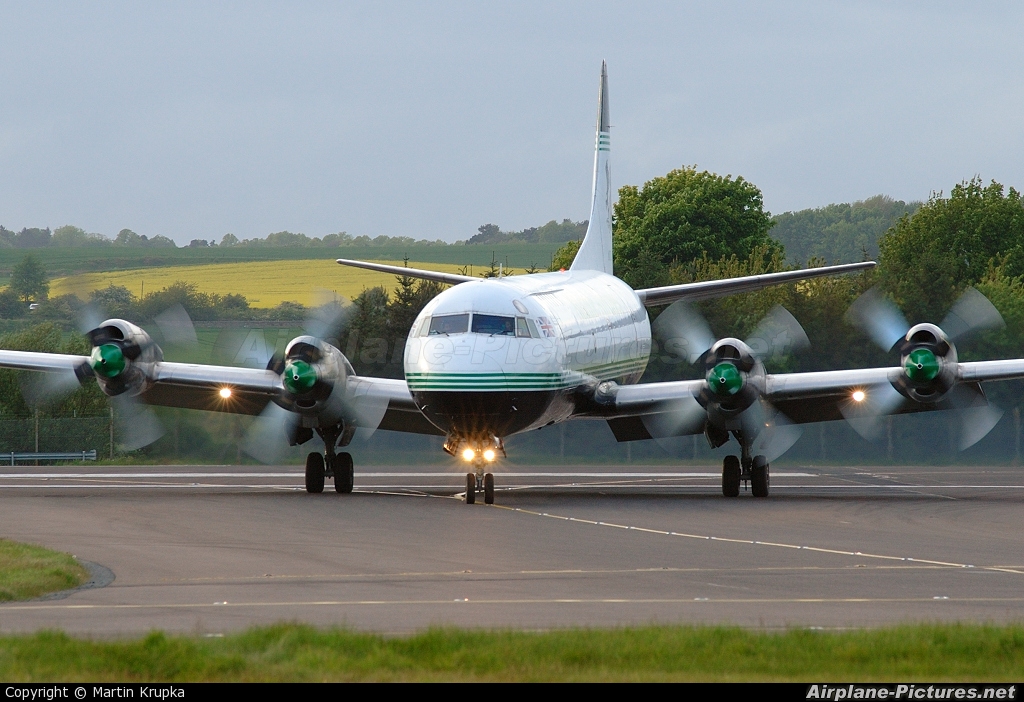 2 Martin Krupka
(27 October 2006 - 14:13 CET)
I was lucky with this picture. At EDI you can take a shot of cargo plane only in late evening during summer and this one was taken at 6PM in May last year. After that I have never had the same luck again. I hope they will not retire soon because they make Edinburgh airport traffic more interesting.

4 Kevin
(1 November 2006 - 14:13 CET)
I hope the Electras dont retire aswell, they leave their oily trail as they whistle 700 feet over my house through the night and dawn, last night there were two Atlantic Electras, a Safair Herc, and Exin AN26b and an old Friend Ship parked at EDI's freight terminal, RETRO HEAVEN bring on the Props!

The Best From Scotland by Tony Marlow

Terms and Conditions | About | FAQ | Photo Use | Privacy Policy | Online 1577 (26 members)
© 2006-2021 Airplane-Pictures.net | E-mail us: Team@Airplane-Pictures.net
All photos are copyright © to their respective photographers and may not be used without permission.