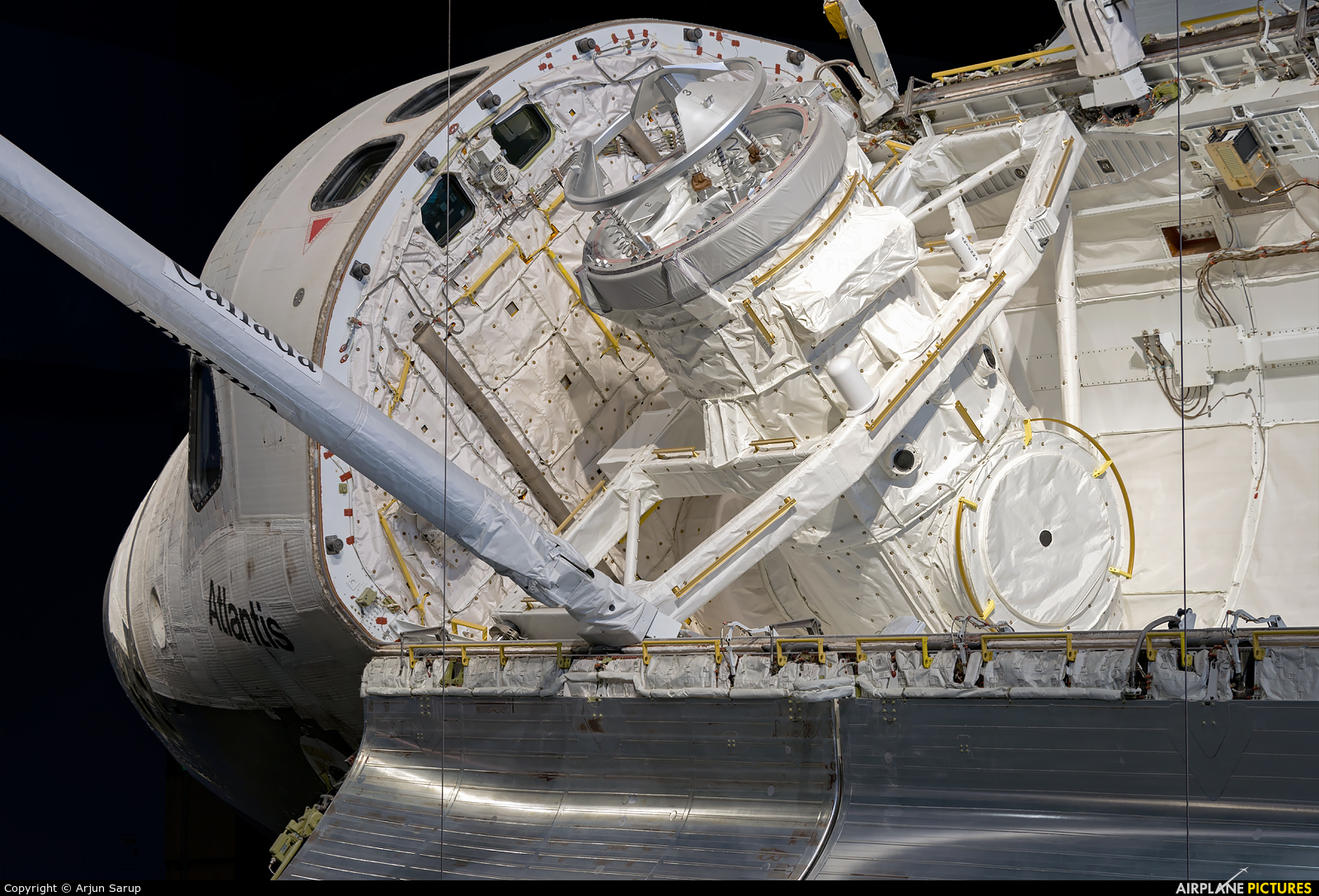 
Photographer's remark
(17.10.2020, 04:53 CET)
On display at the Kennedy Space Center Visitor Complex. Atlantis was the fourth operational Shuttle to be built, flying its maiden flight in Oct. 1985. It flew a total of 33 missions, including the final mission of the Space Shuttle program in July 2011. A look inside the payload bay shows the rear pressure bulkhead, external airlock, the Canadarm robotic arm and the electrically deployed payload bay doors.

Terms and Conditions | About | FAQ | Photo Use | Privacy Policy | Online 1645 (63 members)
© 2006-2021 Airplane-Pictures.net | E-mail us: Team@Airplane-Pictures.net
All photos are copyright © to their respective photographers and may not be used without permission.