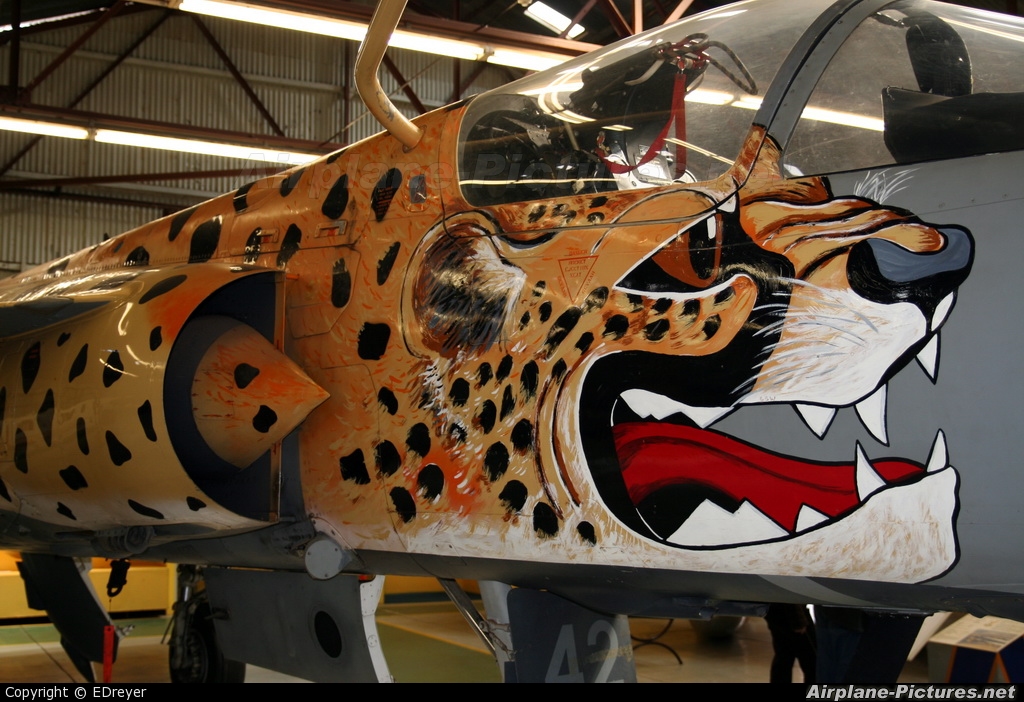 
Photographer's remark
(8.5.2008, 20:29 CET)
Atlas Cheetah C nicknamed "Spotty" - this airplane is painted as a "Cheetah" the national animal of the Republic of South Africa and also the fastest animal in the world. The Cheetah fighter aircraft was developed by Atlas for the South African Air Force. It is based on the Mirage IIIE. It can reach a maximun speed of 2338 km per hour. The Cheetahs became operational in 1987 and flew their last flight on 31 March 2008 after 21 years of service in the South African Air Force. They are being replaced by Gripen JAS39D's and Hawk Mk120's.

Terms and Conditions | About | FAQ | Photo Use | Privacy Policy | Online 1189 (15 members)
© 2006-2020 Airplane-Pictures.net | E-mail us: Team@Airplane-Pictures.net
All photos are copyright © to their respective photographers and may not be used without permission.