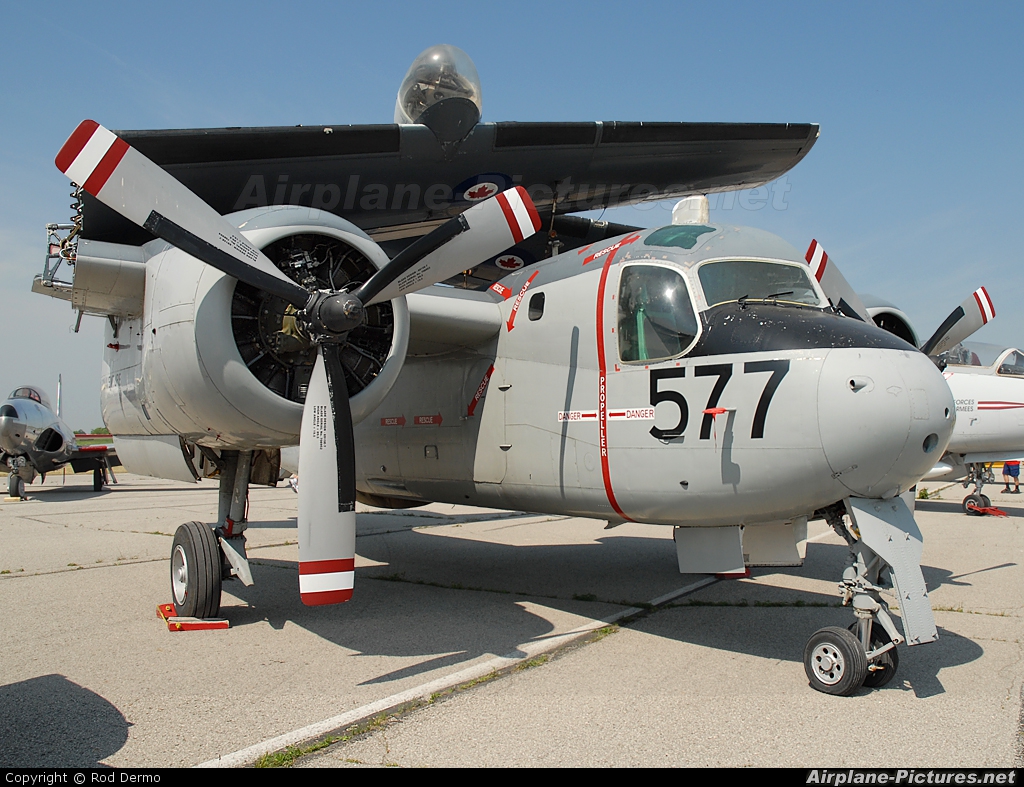 
Photographer's remark
(22.7.2011, 16:27 CET)
Part of the "Canadian Warplane Heritage Museum" collection.Hamilton AirShow 2011 Information from the Canadian warplane heritage web site "The Tracker obtained by the Canadian Warplane Heritage is RCN serial number 1577 and construction number 76. It was accepted by the RCN on December 10, 1959. It was not assigned a new serial number 12177 as most Trackers were when the Canadian military branches were consolidated as the Canadian Armed Forces in 1968. Instead 1577 was sent to the Canadian Forces School of Aerospace Technology & Engineering (CTSATE) at Canadian Forces Base Borden on January 14, 1970. At the CTSATE it carried instructional airframe designations A732 and 732B. When the airframe was surplused and sold into the civil market it was assigned civil registration C-FUDH. The Canadian Warplane Heritage obtained the airframe in late 1997. " de Havilland Canada built 100 S2F Trackers as CS2F, this one being one of forty CS2F-2s, most were later given the CAF designation CP-121

Terms and Conditions | About | FAQ | Photo Use | Privacy Policy | Online 1969 (65 members)
© 2006-2021 Airplane-Pictures.net | E-mail us: Team@Airplane-Pictures.net
All photos are copyright © to their respective photographers and may not be used without permission.