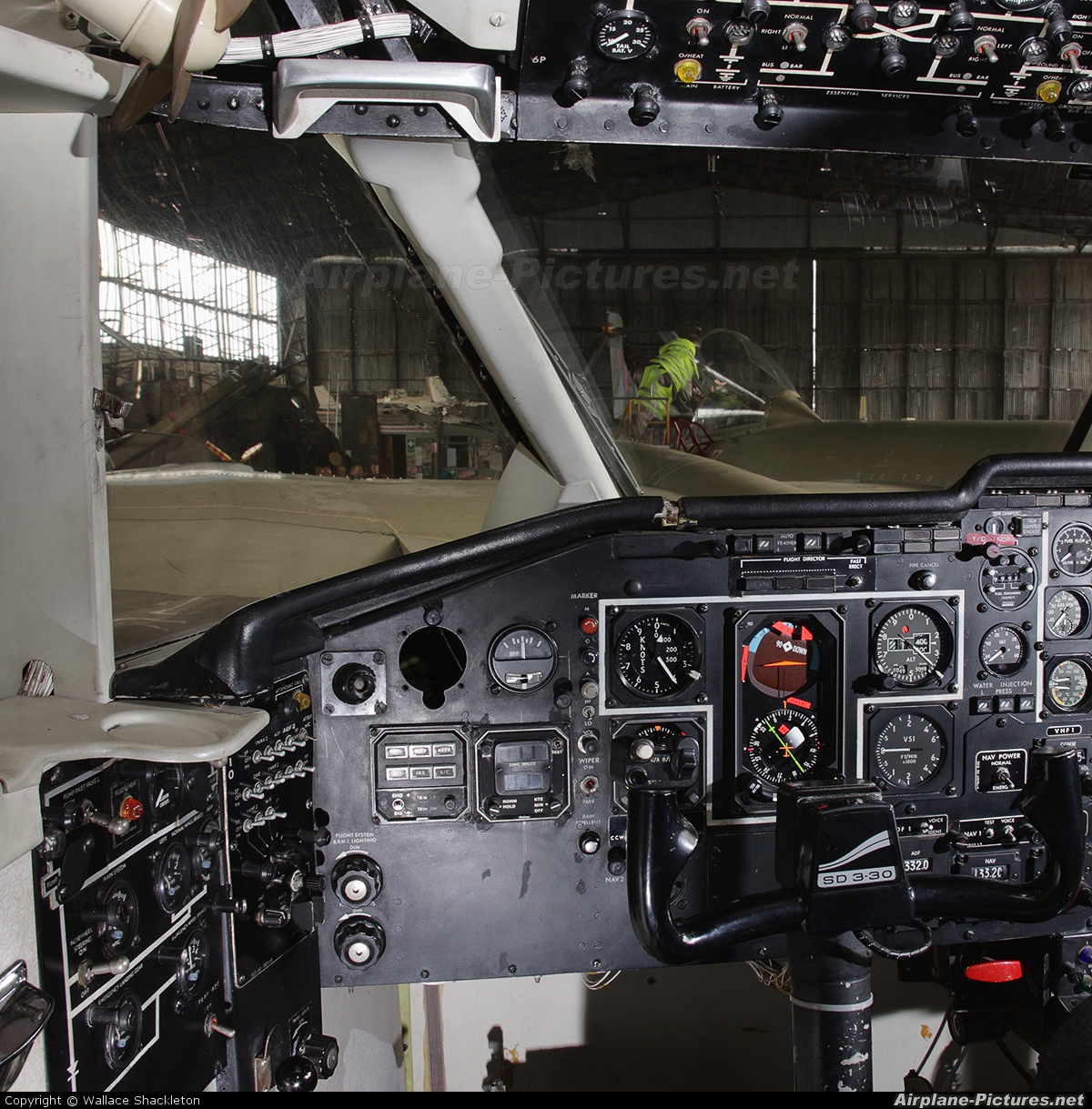 
Photographer's remark
(7.10.2011, 08:26 CET)
Shorts SD-330 G-BDBS was the second prototype built making it's maiden flight on 8th July 1975. It joined the first prototype in the flight test program including a visit to the USA in early October 1976, before becoming the company demonstrator travelling to Australia, New Zealand, South East Asia and the Middle East. In 1982 it was converted into the prototype of the UTT variant but was converted back to it's original configuration and used by Shorts as a company runaround until being retired from service in 1992. In October of that year the Aircraft was kindly donated by Shorts to the Ulster Aviation Society, having been repainted in it's final company livery. The Shorts 330/360 series were the last company-designed aircraft to be built before Shorts became part of the Bombardier group. G-BDBS is the oldest SD-330 in existence Photo constructed from a stack of images, the tell tale is the ghost image of the volunteer though the window. My thanks tot he Ulster Aviation Society for their hospitality.

Some call it "office supplies"... by Catalin Cocirla

Terms and Conditions | About | FAQ | Photo Use | Privacy Policy | Online 2126 (59 members)
© 2006-2021 Airplane-Pictures.net | E-mail us: Team@Airplane-Pictures.net
All photos are copyright © to their respective photographers and may not be used without permission.