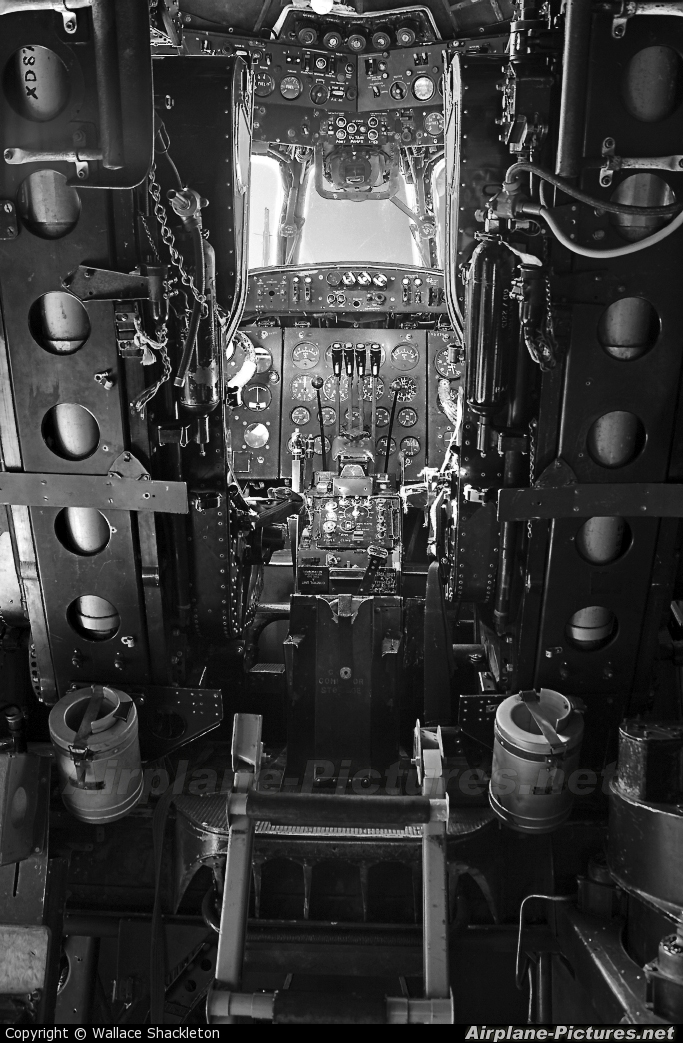 
Photographer's remark
(2.6.2008, 06:38 CET)
During the cold war the British Government decided to invest in three different types of bombers capable of dropping atomic weapons, they became known as V-Bombers; the Avro Vulcan, Handley Page Victor and the Vickers Valiant. Unfortunately the Valiant developed stress problems, which lead to the whole fleet being grounded and scrapped. Only one complete Valiant and a number of cockpit sections survive. This is a high dynamic Range photograph, taken in the aft section where the Bomber and navigator sat looking forward to the pilots ejection seats and instrument panel. Part of the Highland Aircraft Museum at Inverness Airport.

Terms and Conditions | About | FAQ | Photo Use | Privacy Policy | Online 2133 (59 members)
© 2006-2021 Airplane-Pictures.net | E-mail us: Team@Airplane-Pictures.net
All photos are copyright © to their respective photographers and may not be used without permission.