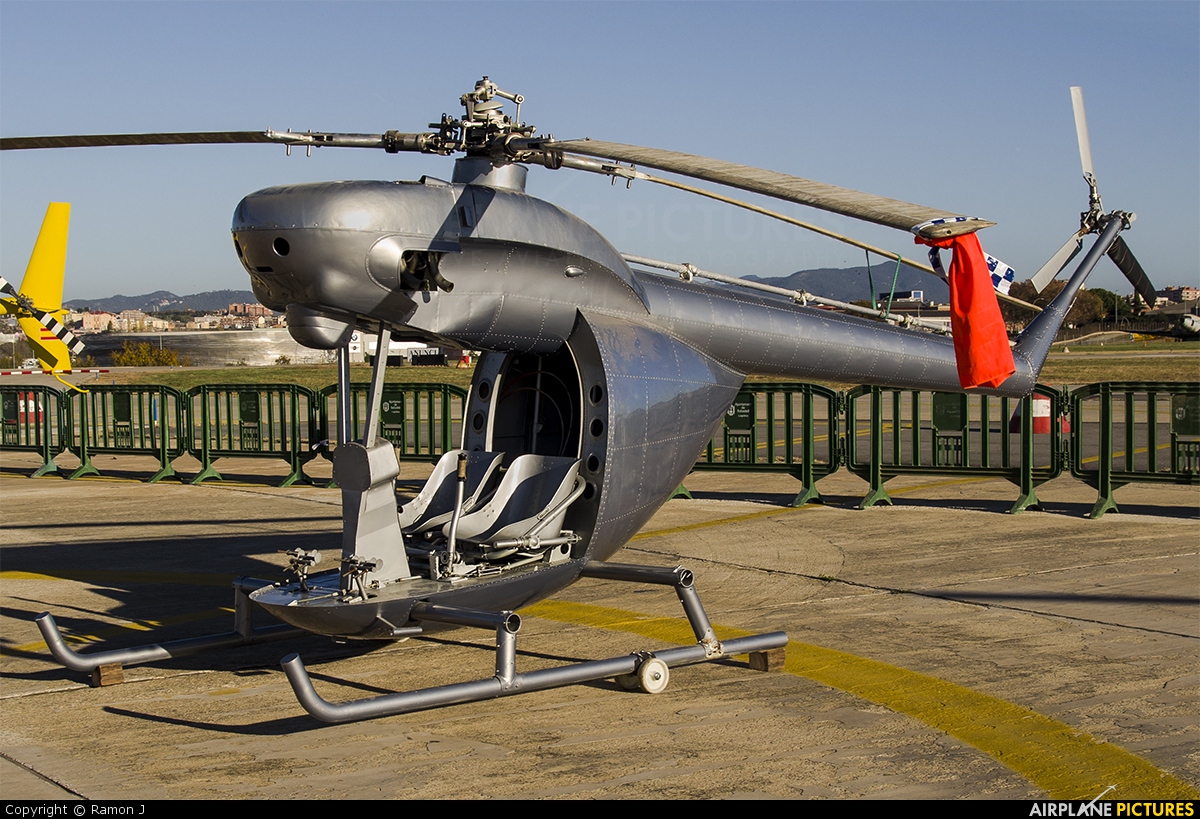 
Photographer's remark
(23.12.2012, 23:26 CET)
Currently no inmatriculation and is under restoration for static display. Z.2-11 is the last known registration. Displayed at the Fundació Parc Aeronàutic de Catalunya

1 Wallace Shackleton
(23 December 2012 - 23:57 CET)
From Wikipedia - "Aerotécnica AC-12 was designed by Jean Cantinieau and like other Cantinieau designs featured a distinctive "spine" above the fuselage pod that carried the engine ahead of the rotor assembly. Development costs were borne by the Spanish government, and the first of two prototypes took to the air on 20 July 1954. Twelve (two prototypes and 10 production) were ordered for the Spanish Air Force where they served for three years under the designation EC-XZ-2."

Terms and Conditions | About | FAQ | Photo Use | Privacy Policy | Online 1680 (60 members)
© 2006-2020 Airplane-Pictures.net | E-mail us: Team@Airplane-Pictures.net
All photos are copyright © to their respective photographers and may not be used without permission.