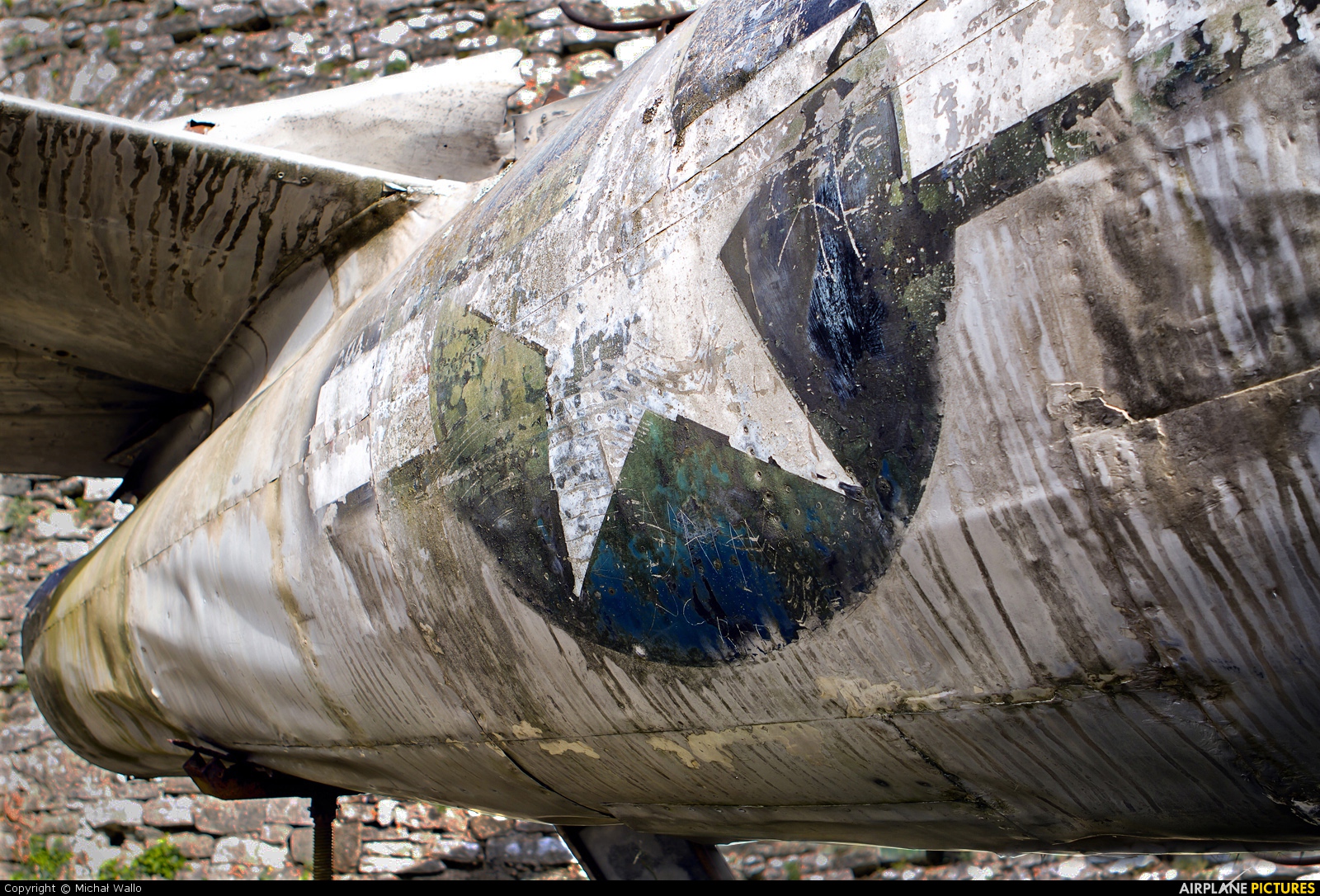 
Photographer's remark
(7.4.2013, 11:21 CET)
The former U.S. Air Force '14413' (full military registration 51-04413) is a Lockheed T-33A-1-LO Shooting Star. On 23 December 1957, the T-33 was on a transit flight to an USAFE unit in Greece However the pilot navigated into Albanian airspace, exitted it, and then entered it again. Three Albanian Air Force MiG-15bis fighters were launched to intercept. However by the time they reached the T-33, being low on fuel, the pilot was already trying to find a suitable landing ground. It was forced to land at the unfinished runway of today's Tirana airport The T-33 ended up as a gateguard for the National Museum of Weapons located in the citadel of Gjirokastër. The aircraft has not been maintained or protected against any damage caused by the public or the elements. http://www.milavia.net/specials/albania_t-33/

Terms and Conditions | About | FAQ | Photo Use | Privacy Policy | Online 1320 (37 members)
© 2006-2022 Airplane-Pictures.net | E-mail us: Team@Airplane-Pictures.net
All photos are copyright © to their respective photographers and may not be used without permission.