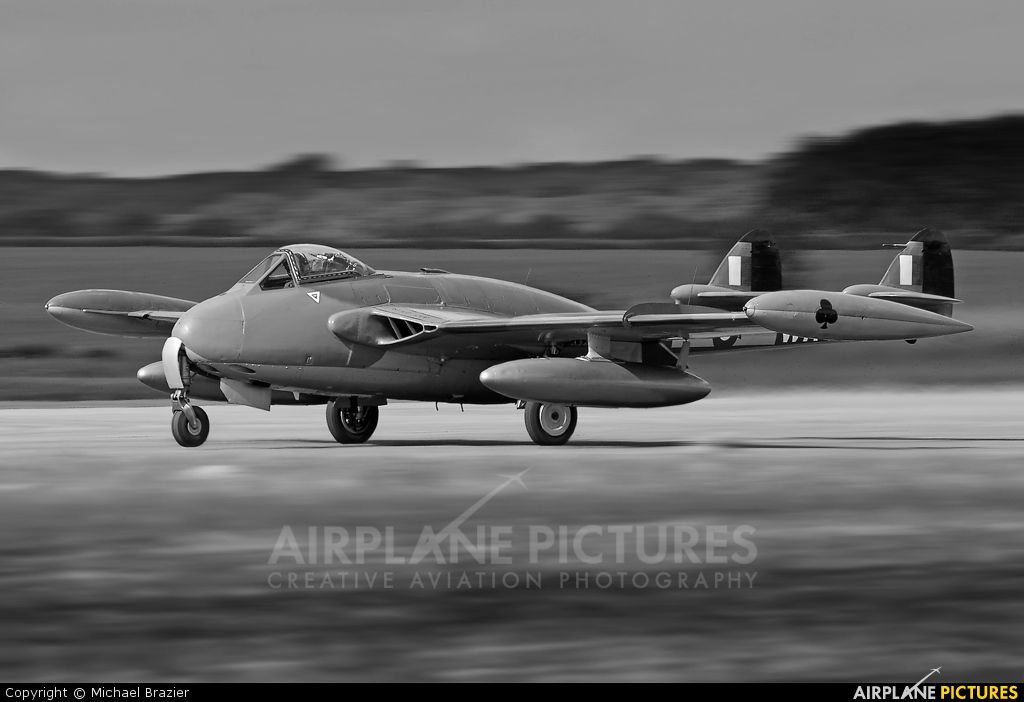 
Photographer's remark
(2.5.2013, 09:26 CET)
This ex-Swiss 1954 Venom is seen here commencing its synchronised display with a Sea Hawk at the Kemble Air Day. The Venom was an uprated slim-wing development of the Vampire originally intended for high-level interception but used mainly by the RAF for ground attack, notably in Germany and the Far East. Previously registered G-GONE, this one is owned by Aviation heritage Ltd of Coventry Bagington.

Terms and Conditions | About | FAQ | Photo Use | Privacy Policy | Online 463 (10 members)
© 2006-2022 Airplane-Pictures.net | E-mail us: Team@Airplane-Pictures.net
All photos are copyright © to their respective photographers and may not be used without permission.