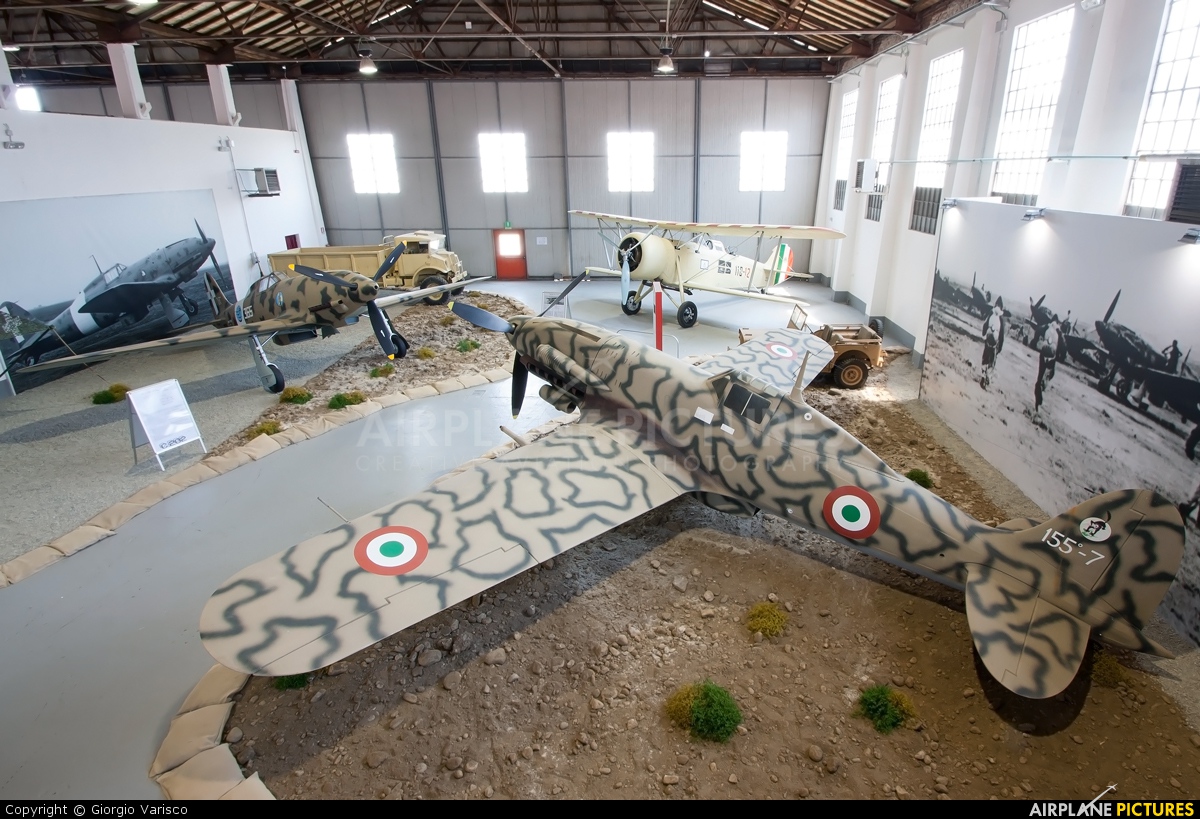 
Photographer's remark
(20.6.2013, 16:51 CET)
The World War 2 pavilion of Volandia museum, in Malpensa. The biplane on the far side is the only original airplane: it is a IMAM Ro.37 originally sold to Afghanistan and found in 2006 by Italian troops deployed during the ISAF mission. The airplane on the left is a mock-up of a Regia Aeronautica (Royal Italian Air force) Macchi MC.202 Folgore, while the airplane on the right is a mock-up of a Macchi MC.205V Veltro in the livery of the Italian Co-Belligerent Air Force, which fought alongisde the Allies after the 1943 armistice.

Terms and Conditions | About | FAQ | Photo Use | Privacy Policy | Online 595 (17 members)
© 2006-2022 Airplane-Pictures.net | E-mail us: Team@Airplane-Pictures.net
All photos are copyright © to their respective photographers and may not be used without permission.