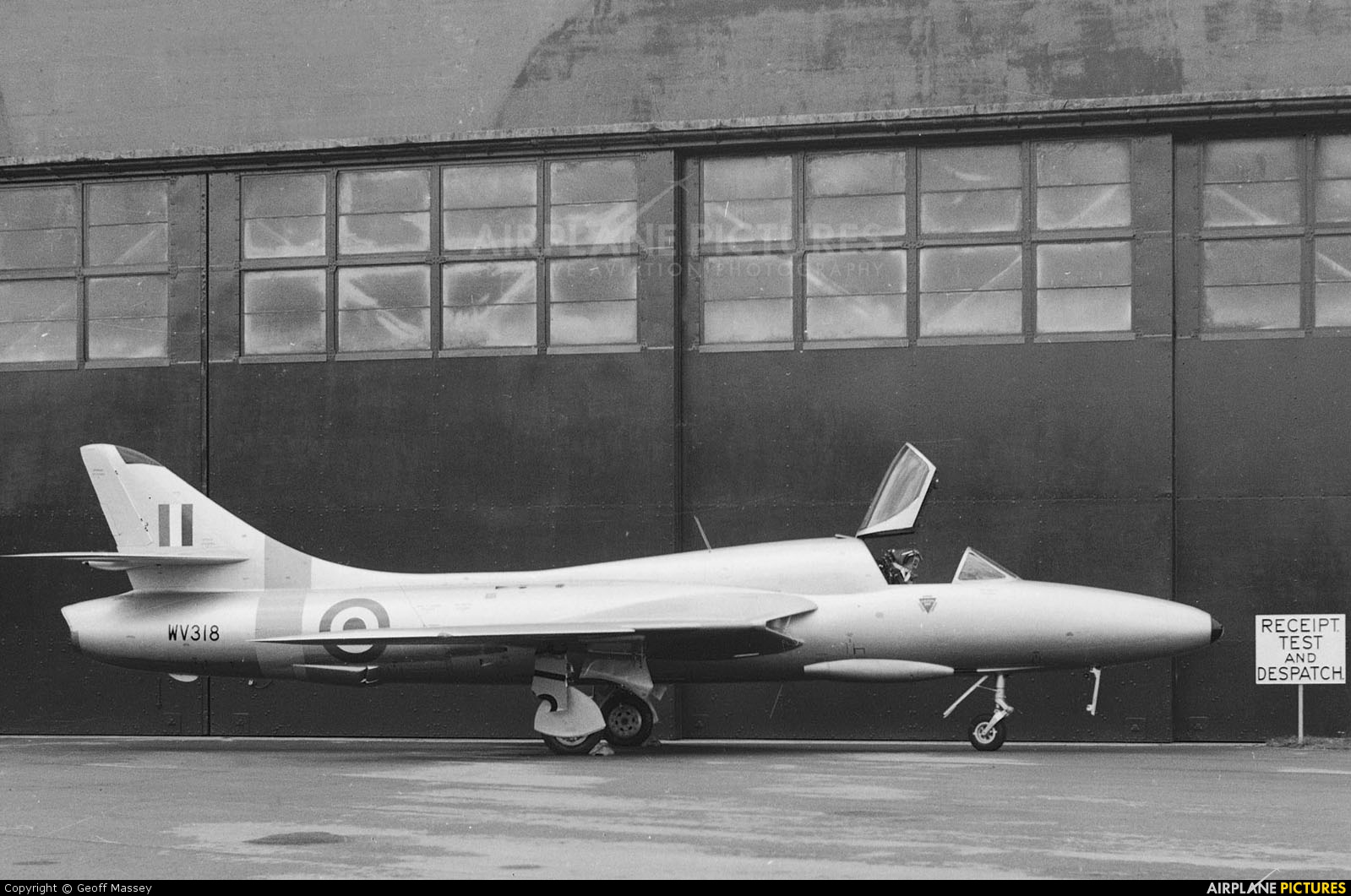 
Photographer's remark
(26.3.2014, 20:54 CET)
I took this photograph privately when I was a Senior Aircraftman in the RAF stationed at The School of Photography at RAF Wellesbourne. I was flown to Benson from RAF Gaydon in an Anson in order to photograph the Hunter for the purpose of using the photograph on a birthday card for an Air Officer (unknown).The history according to the Thunder and Lightnings web site - Originally built as an F.4, WV318 was delivered to 5MU at RAF Kemble on 16th June 1955. She served with 14 and 93 Squadrons, and an accident in March 1956 saw her returned to Hawkers for repairs. While with them she was instead converted to a T.7 and reissued to the RAF on 1st June 1959, seeing service with 111 Squadron and the Central Flying School before being converted to T.7A in 1964. Used as a trainer and hack by 74 and 5 Squadrons (both Lightning units), she began her Buccaneer days with 12 Squadron in February 1970 and went on to perform similar duties with 15 and 16 Squadrons RAFG, before ending up at Lossiemouth with 208 Squadron. When put up for disposal she was one of the last Hunters to serve with the RAF and just before she was retired she was painted black along with the other three Hunters at Lossiemouth to commemorate 40 years of the type and carried the 111 Squadron (Black Arrows) crest. Purchased in early 1996 by Delta Jets she was flown to Kemble and then underwent a complete overhaul back to airworthiness, returning to the air on 2nd May 1996. Since then, with a break for another complete overhaul during 2006/2007, she has been a regular airshow performer and was the backbone of Delta's operational Hunter collection, though is now with the WV318 Group. The aircraft flies today with the registration G-FFOX

Terms and Conditions | About | FAQ | Photo Use | Privacy Policy | Online 1297 (47 members)
© 2006-2021 Airplane-Pictures.net | E-mail us: Team@Airplane-Pictures.net
All photos are copyright © to their respective photographers and may not be used without permission.