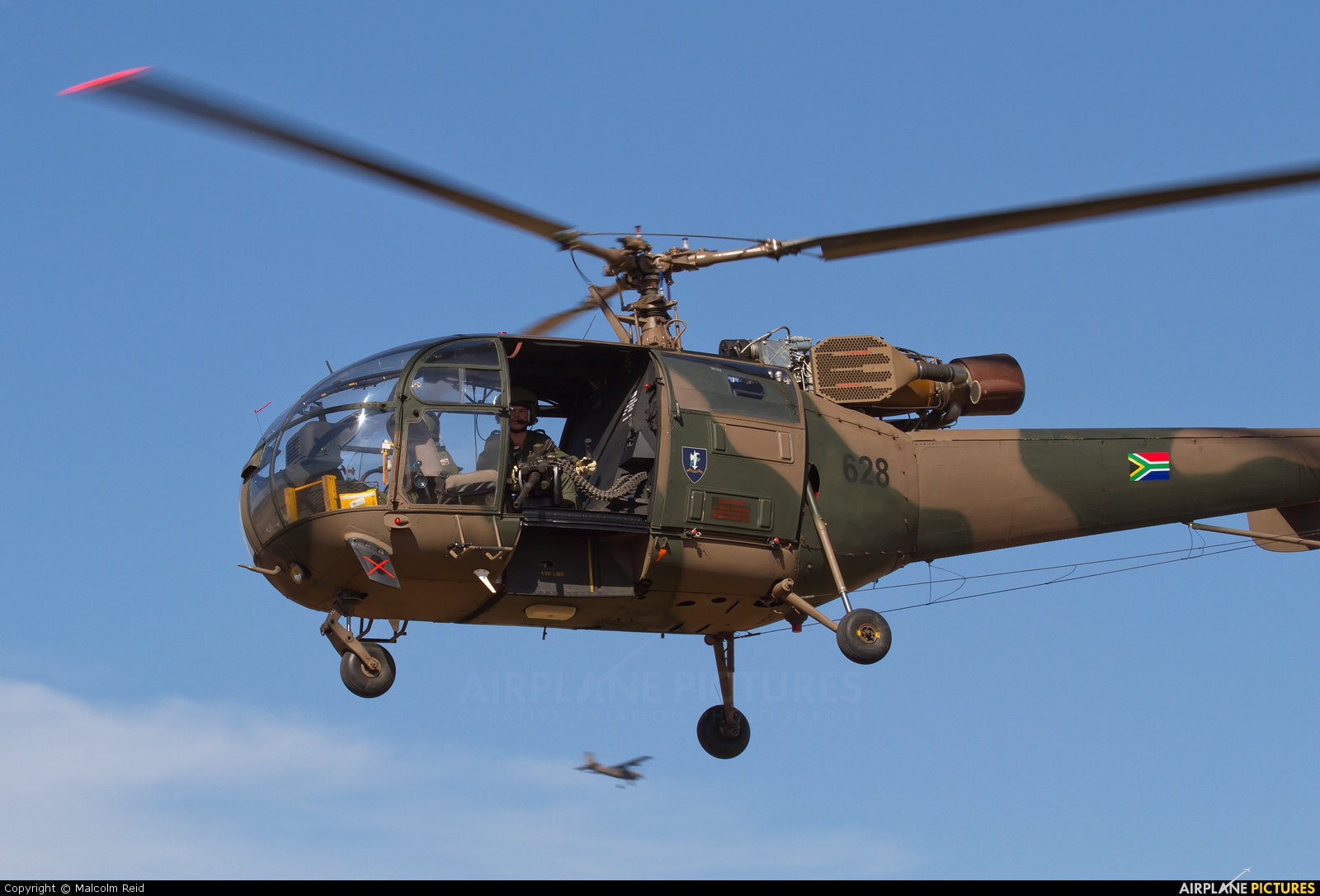 
Photographer's remark
(12.5.2014, 08:09 CET)
Alo III 628 belonging to the SAAF Museum with 20mm door gun in simulated battlefield scenario with Alo III 624 and Atlas Bosbok 920 seen in the background. During the bush war in the '80s in Namibia/Southern Angola, the Bosboks performed the forward air controller role fitted with two rocket pods for target marking. The Alo III gunships were used for close air support for the Pumas landing troops.

Terms and Conditions | About | FAQ | Photo Use | Privacy Policy | Online 1424 (28 members)
© 2006-2022 Airplane-Pictures.net | E-mail us: Team@Airplane-Pictures.net
All photos are copyright © to their respective photographers and may not be used without permission.