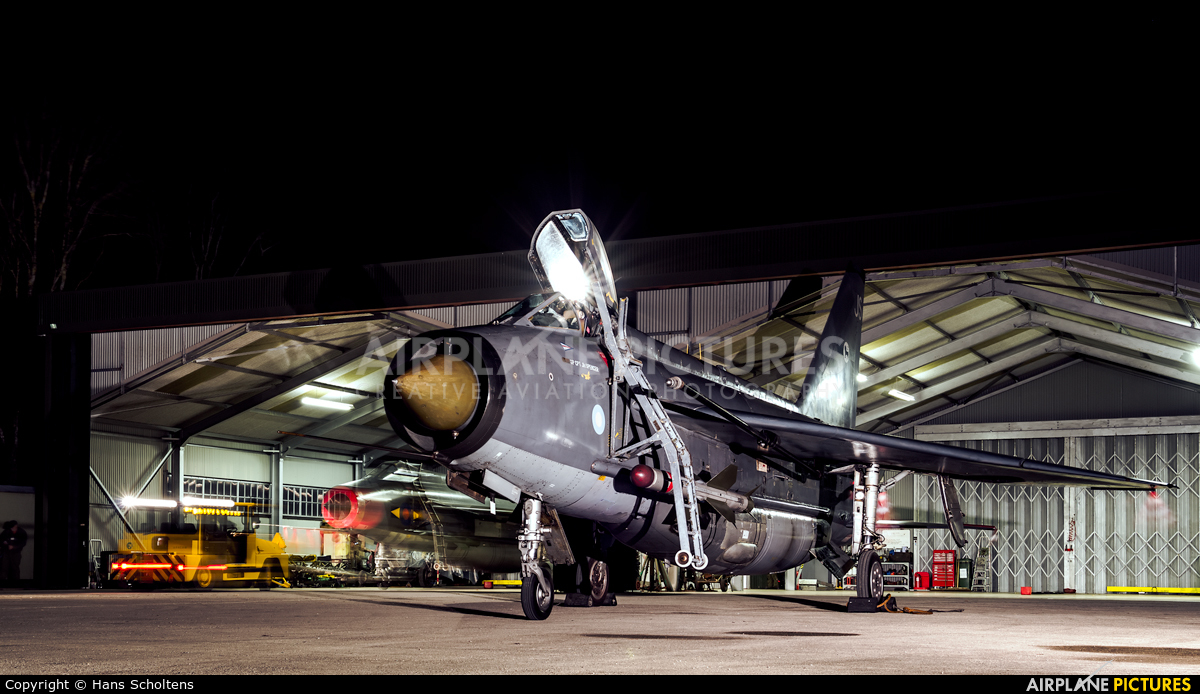 
Photographer's remark
(3.11.2014, 21:23 CET)
Lightning XR728 sits in front of the Q-Shed at Bruntingthorpe after her twilight afterburner run. In the meantime, XS904 is being pushed back after being on static display. On 1 November 2014 the Lightning Preservation Group, based at Bruntingthorpe in the United Kingdom, held an afterburner twilight run event. During this event, Lightning XR728 was used to perform a rolling afterburner run on Bruntingthorpe's runway. After the run, the apron in front of the Q-Shed was used to provide the opportunity for long exposure night time shots.

Terms and Conditions | About | FAQ | Photo Use | Privacy Policy | Online 688 (31 members)
© 2006-2023 Airplane-Pictures.net | E-mail us: Team@Airplane-Pictures.net
All photos are copyright © to their respective photographers and may not be used without permission.