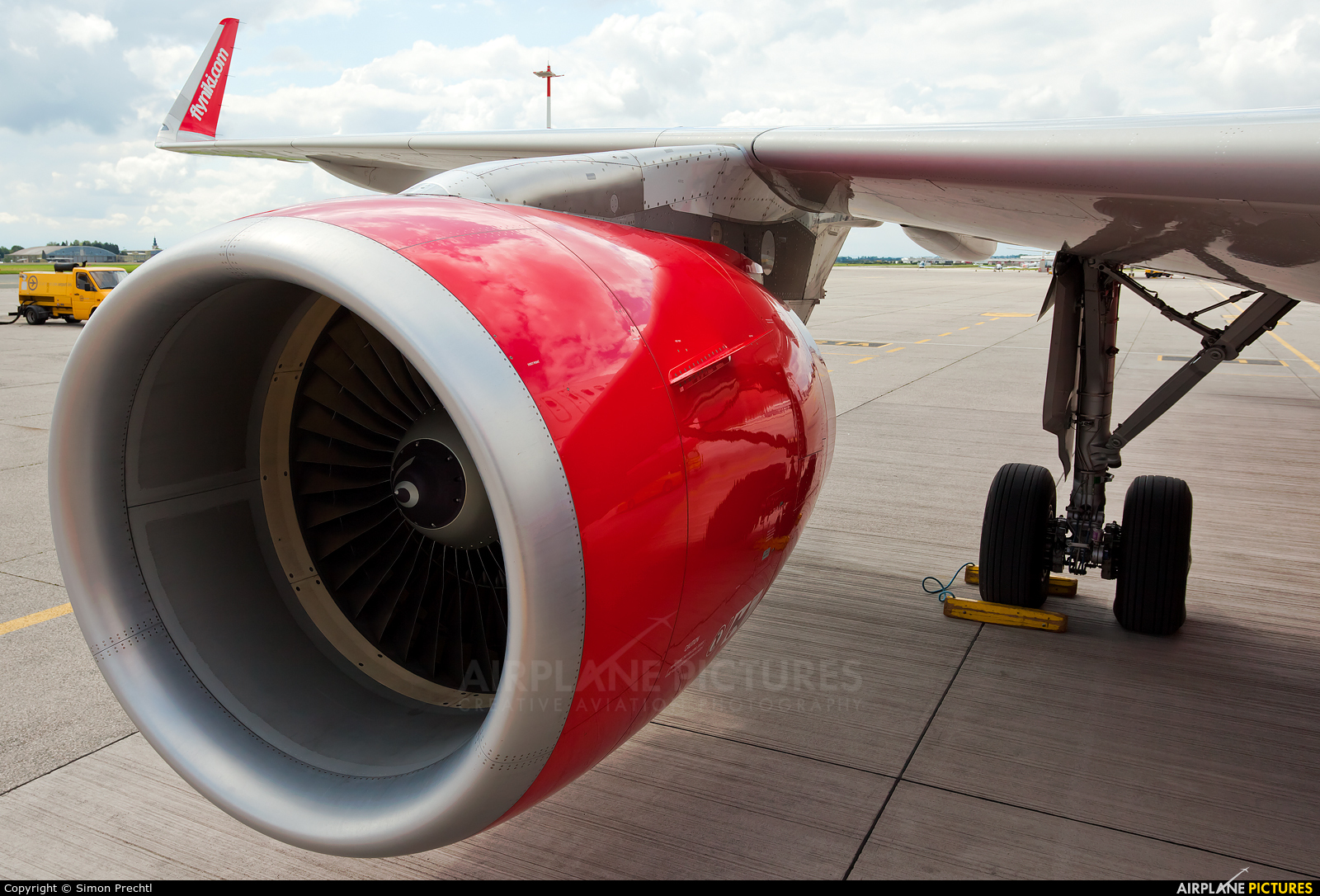 
Photographer's remark
(15.11.2014, 00:27 CET)
This A320 is equipped with two CFM56-5B4 engines, each one with a power of more than 130kN. These "power-stations" make it possible to fly with a speed of about 840 kilometers per hour. The fuel consumption is reduced by 3,5% because of the 2,5-meters-sharklets which lead to a reduction of about 700 tons carbon dioxide per year. The picture also shows the main landing gear by Messier-Bugatti-Dowty. An interesting fact is, that it can not only be equipped with a single-twin-tire, but also with a double-twin-tire. This is used by Air India in order to land safe at airports without good infrastructure. Photo taken during final preparation for flight NLY3394 to HRG.

Terms and Conditions | About | FAQ | Photo Use | Privacy Policy | Online 637 (32 members)
© 2006-2022 Airplane-Pictures.net | E-mail us: Team@Airplane-Pictures.net
All photos are copyright © to their respective photographers and may not be used without permission.