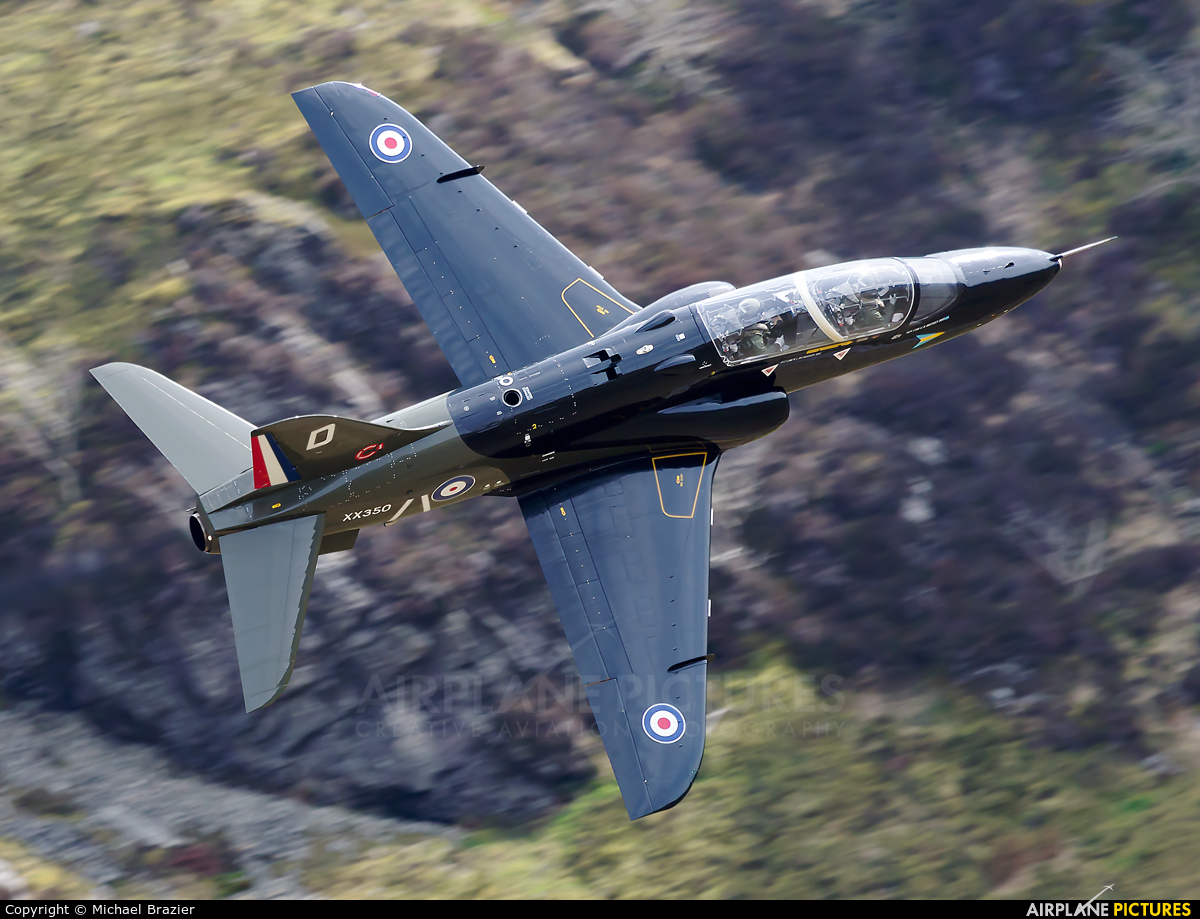 
Photographer's remark
(10.4.2015, 18:58 CET)
After a major overhaul, OC 208 Sqn’s Hawk has been given a paint scheme to commemorate the squadron’s 100th anniversary (it was founded in October 1916). The tail and rear fuselage wear a dark green scheme and markings from one of the unit’s Bristol F2B Fighters dating from 1918. It was applied by the maintenance contractor Babcock in the RAF Valley spray facility. The aircraft is seen here flying at low level through the pass below Cadair Idris in a combat pair sortie with XX217.

Terms and Conditions | About | FAQ | Photo Use | Privacy Policy | Online 896 (38 members)
© 2006-2023 Airplane-Pictures.net | E-mail us: Team@Airplane-Pictures.net
All photos are copyright © to their respective photographers and may not be used without permission.