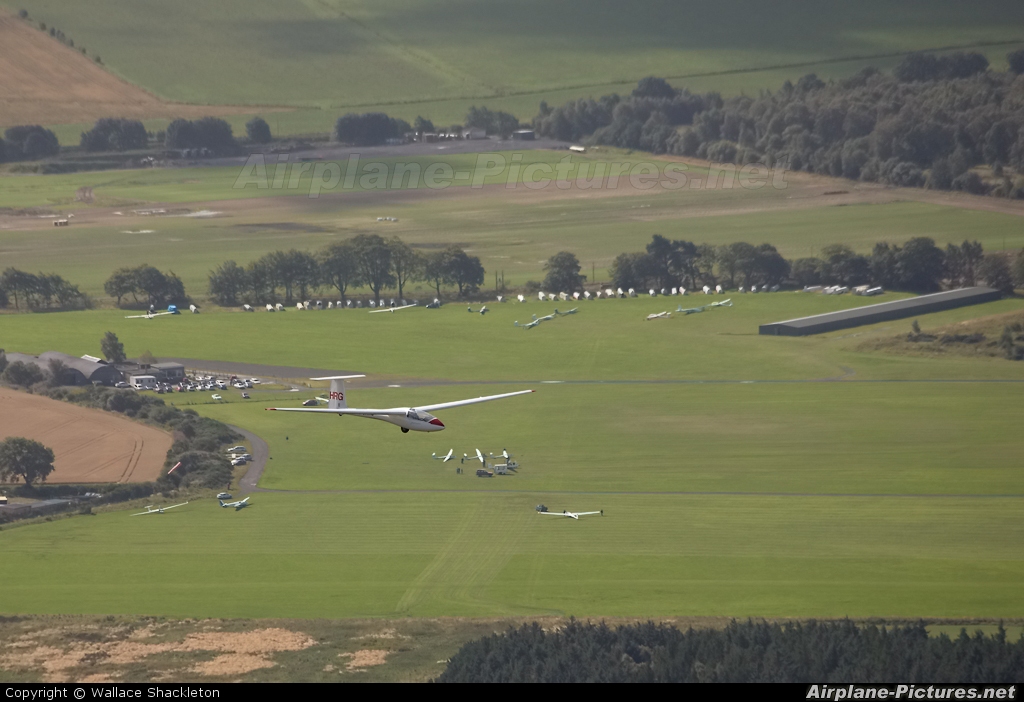 
Photographer's remark
(23.8.2009, 19:49 CET)
A club Junior come across to start soaring on Bishop Hill. The airfield is in the background. The g;lider trailers are in the sidtance, the visitors usually park to the left of this line, there are some fully rigged local gilders that sit out during the summer months and a long hanger where more gliders are kept. The Club House and the original hangars are middle left. The airfield is divided into three sections, in the distance is the south field for landings and the north field is in the foreground, this is used for landings and for aerotows, a glider has recovered on the north field with a Falke on the threshold of the strip. The gliders are launched, using a dual cable system from the center strip, there are four gliders awaiting launch.

Terms and Conditions | About | FAQ | Photo Use | Privacy Policy | Online 754 (39 members)
© 2006-2022 Airplane-Pictures.net | E-mail us: Team@Airplane-Pictures.net
All photos are copyright © to their respective photographers and may not be used without permission.