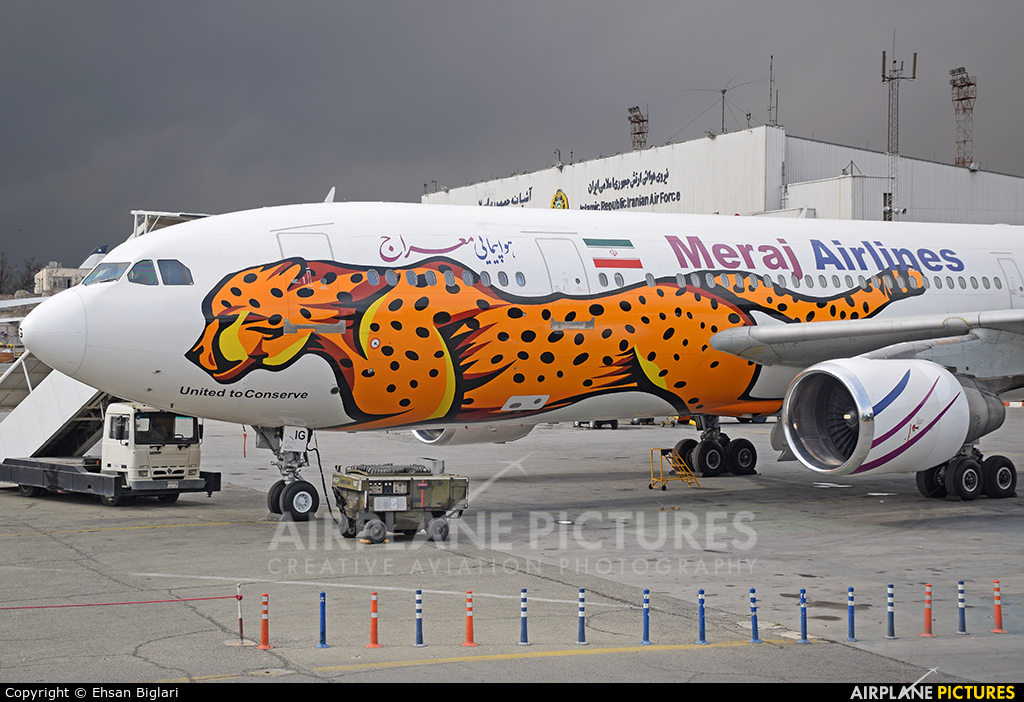 
Photographer's remark
(21.2.2016, 15:49 CET)
The special color scheme of Iranian Cheetah on the Meraj Air A300 as a support of Wildlife Conservation program in the world and here in Iran. Iranian cheetah is a critically endangered cheetah subspecies surviving today only in Iran where its population is estimated at fewer than 70 . I hope these endangered animals never die . Special thanks to dear Alireza and dear Shahram

Terms and Conditions | About | FAQ | Photo Use | Privacy Policy | Online 1152 (37 members)
© 2006-2020 Airplane-Pictures.net | E-mail us: Team@Airplane-Pictures.net
All photos are copyright © to their respective photographers and may not be used without permission.