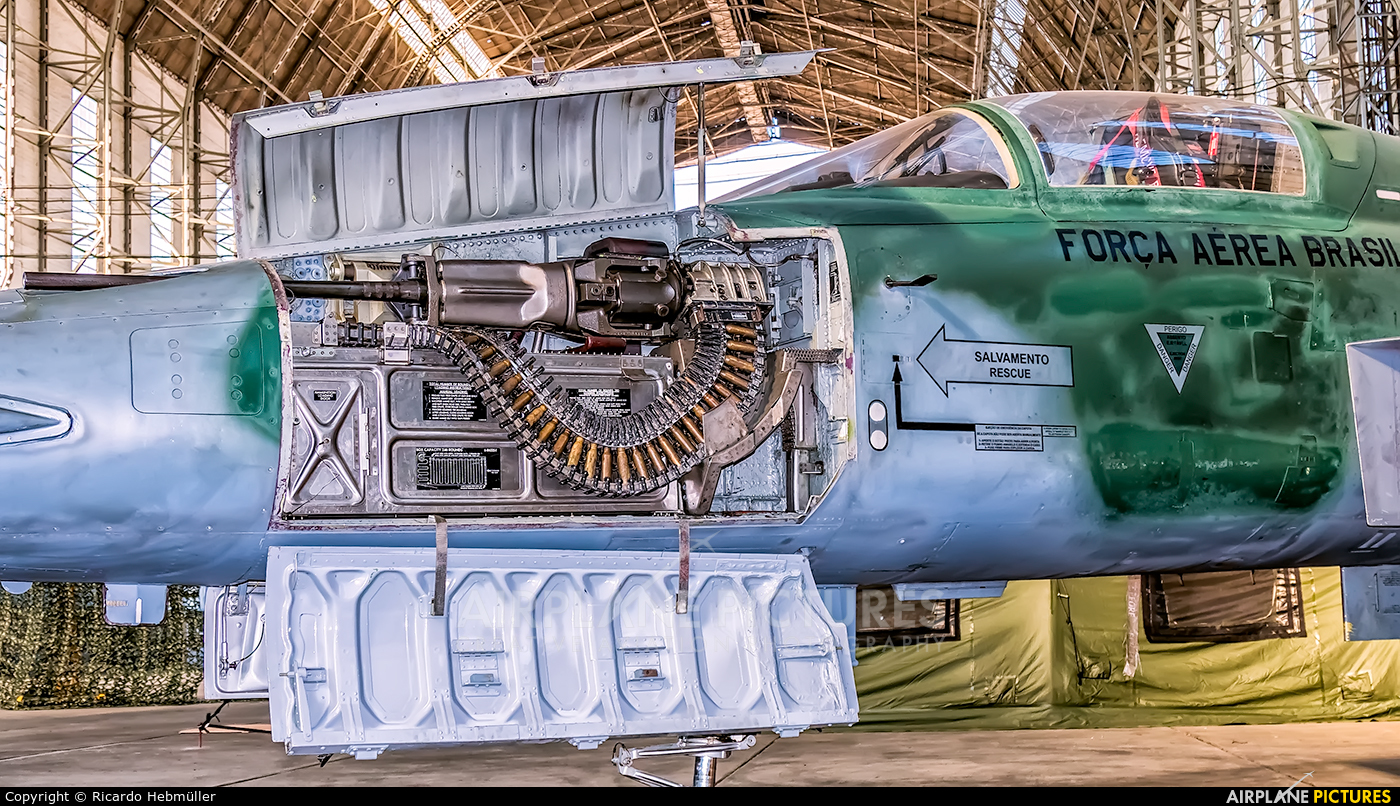 
Photographer's remark
(24.4.2016, 07:23 CET)
Santa Cruz AFB celebrates fighters day.Brazil Air Force fought in Italy during WWII with P-47 aircraft. April 22nd, 1944, was the toughest day of all campaign, when the highest number of missions was flown. Every year this date is remembered at Santa Cruz Air Base, RJ, and it is usual that fighter aircraft perform some flybys and an operational bombing run.

2 Ricardo Hebmüller
(24 April 2016 - 11:24 CET)
The original version had two guns. After modernization they kept only one. Thanks for your comment.

Terms and Conditions | About | FAQ | Photo Use | Privacy Policy | Online 1184 (76 members)
© 2006-2021 Airplane-Pictures.net | E-mail us: Team@Airplane-Pictures.net
All photos are copyright © to their respective photographers and may not be used without permission.