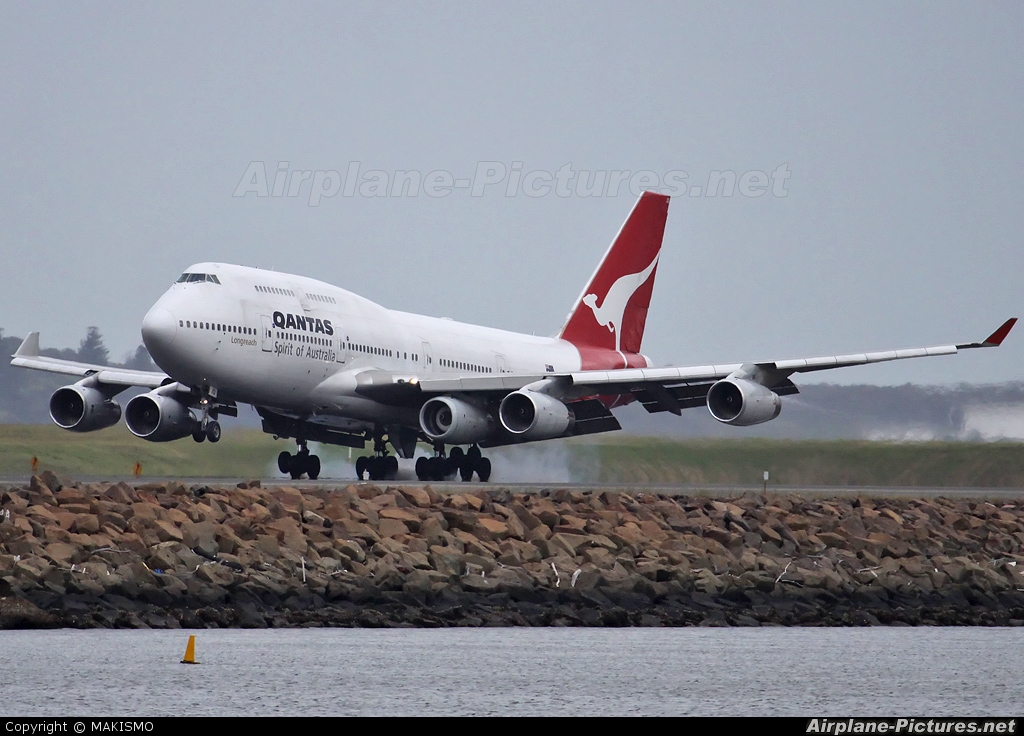 
Photographer's remark
(21.12.2009, 21:19 CET)
QF 6029 "5th pod configured 744" arrival from Changi, carrying an in-operable engine. QF10 operated by VH-OJQ originally returned to Changi on Thursday 17th December 2009 shortly after departure as a precautionary measure on 3 engines; the crew shut down engine number 4, due to a reported "engine surge" and what some passengers describe as an engine fire. A somewhat rare sight nowdays, seeing a 74 with "5 donkeys" - note engine cover to aid air flow. Cruise speed was also reduced. Never-the-less a great sight and a real pitty Airbus dont have such a design feature on their aircraft - especially the A380 as that would be a sight for sure!

Terms and Conditions | About | FAQ | Photo Use | Privacy Policy | Online 1225 (39 members)
© 2006-2022 Airplane-Pictures.net | E-mail us: Team@Airplane-Pictures.net
All photos are copyright © to their respective photographers and may not be used without permission.