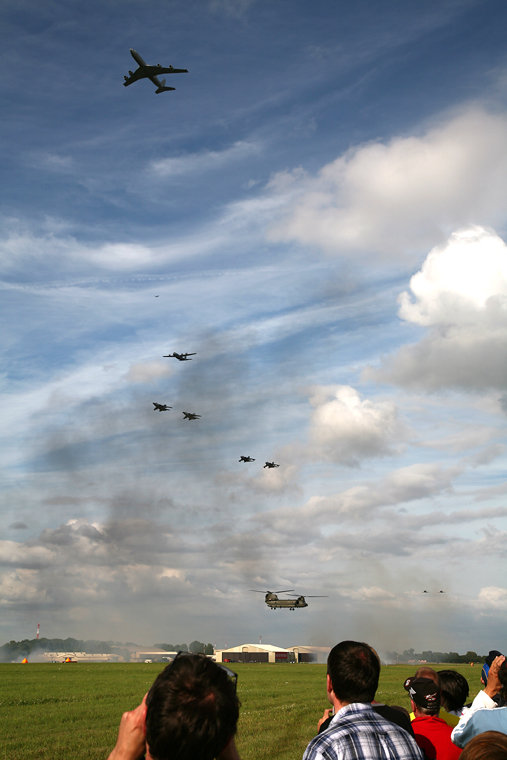 
Photographer's remark
(5.10.2007, 22:29 CET)
For one of the final displays at FFD this year the RAF put on a display to give an insight as to what they do on a day to day basis around the world and in active operations that they may be involved with. All aircraft featured played a major part in this demonstration with a pair of BAe Hawks ( of the right of the shot ) acting as the enemy. The display also included a pyrotechincs display to show a bombing run and gun fire on troops on the gound, which were later collected by the Chinook. Very hard to shoot all these aircraft in one shot at same time.

Terms and Conditions | About | FAQ | Photo Use | Privacy Policy | Online 1204 (53 members)
© 2006-2021 Airplane-Pictures.net | E-mail us: Team@Airplane-Pictures.net
All photos are copyright © to their respective photographers and may not be used without permission.