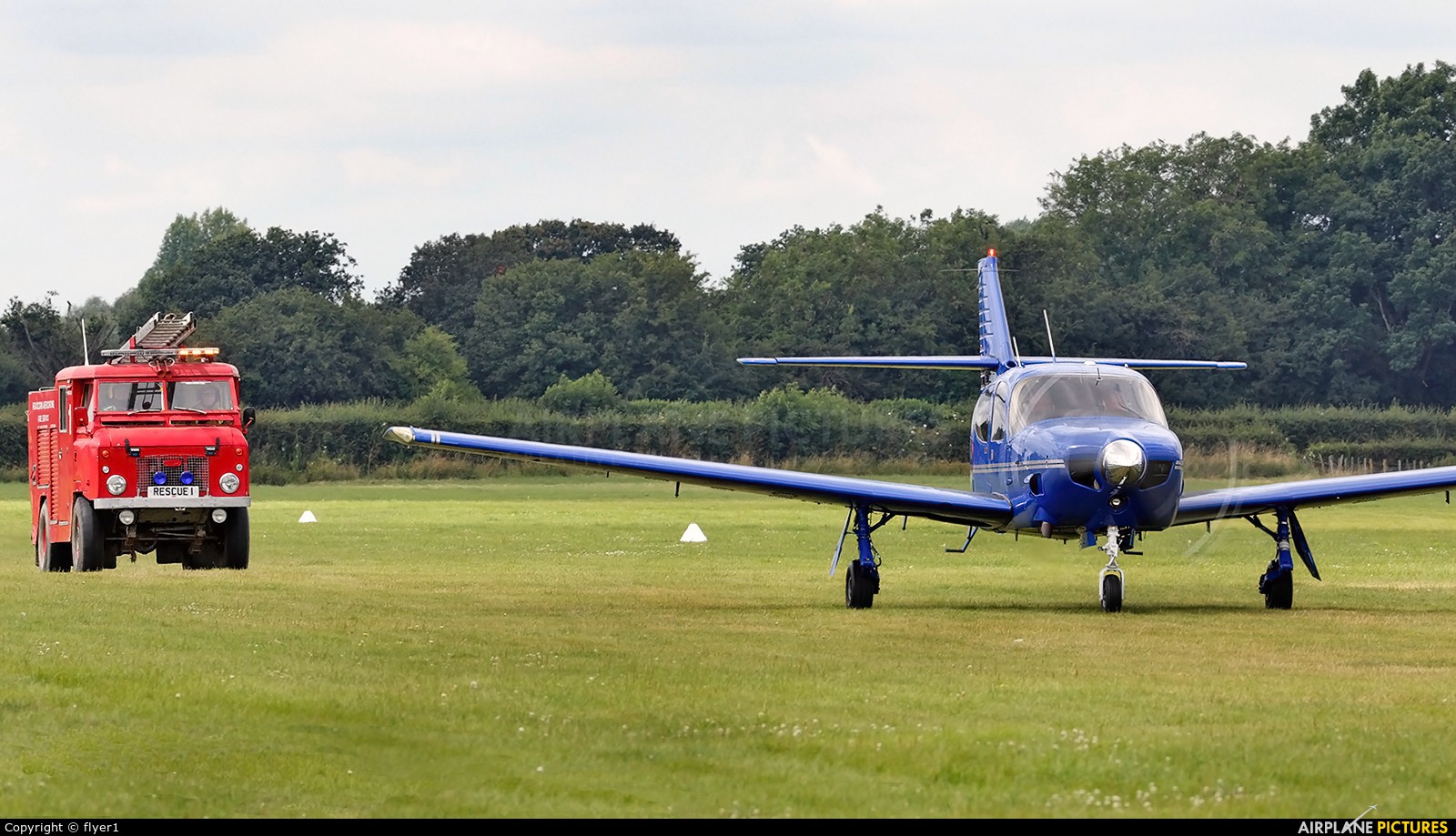 
Photographer's remark
(25.7.2016, 03:17 CET)
'Eric' being escorted-in by the rescue tender after landing safely. On approach to Rwy 21 the pilot radioed control to inform them that the nose wheel landing gear may not be down and locked as the gear-down and locked indicator lights were not showing green. The pilot made a circuit and requested that a light aircraft in the vicinity make a visual check of the gear, this was done and the gear was seen to be extended. The approach was made not knowing if the gear was locked-down, the pilot landed on the main gear keeping the nose wheel up until the speed had reduced.... the nose was lowered gently and a perfect safe landing was made.

4 flyer1
(27 July 2016 - 10:10 CET)
Hello Igor, it is a requirement that the Fire Rescue Appliance carry an extension ladder. This ladder is in two parts which extends to 30 feet approx and could be used as a stairway, stretcher, A frame for lifting, make-shift water dam, bridge etc etc, thanks for your question.

Terms and Conditions | About | FAQ | Photo Use | Privacy Policy | Online 2187 (69 members)
© 2006-2021 Airplane-Pictures.net | E-mail us: Team@Airplane-Pictures.net
All photos are copyright © to their respective photographers and may not be used without permission.