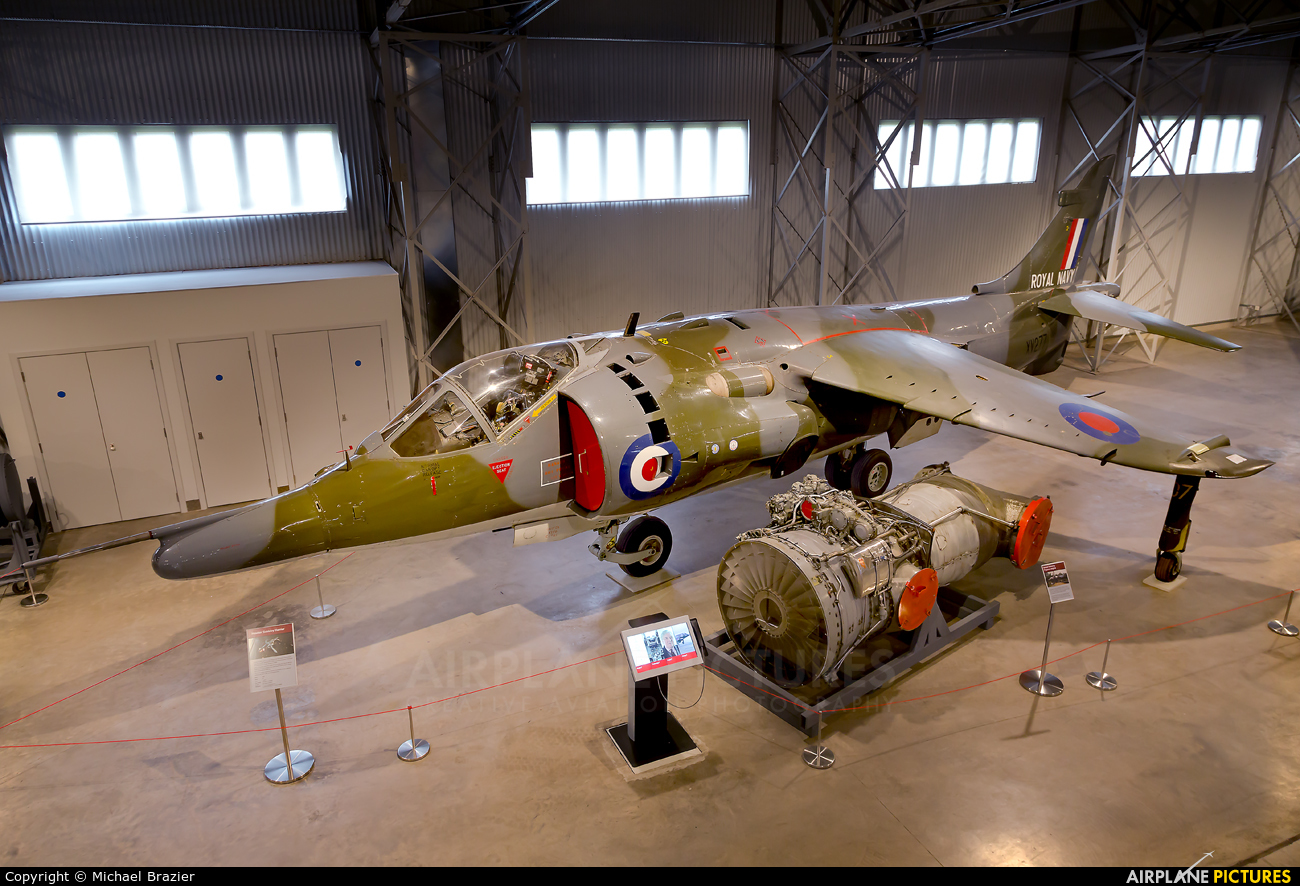 
Photographer's remark
(16.9.2016, 17:09 CET)
The second pre-production Harrier is seen here preserved by the Scottish National Museum of Flight at East Fortune. XV277 led a life of trials and testing, and although modified to GR.3 standard it never saw operational service. Following retirement, it was used by the Fleet Air Arm at Yeovilton as a ground instructional airframe (hence the Royal Navy markings and the non-standard white undersides) before being sold to a private collector. It was purchased by the Museum of Flight in 2000.

Terms and Conditions | About | FAQ | Photo Use | Privacy Policy | Online 1069 (53 members)
© 2006-2022 Airplane-Pictures.net | E-mail us: Team@Airplane-Pictures.net
All photos are copyright © to their respective photographers and may not be used without permission.