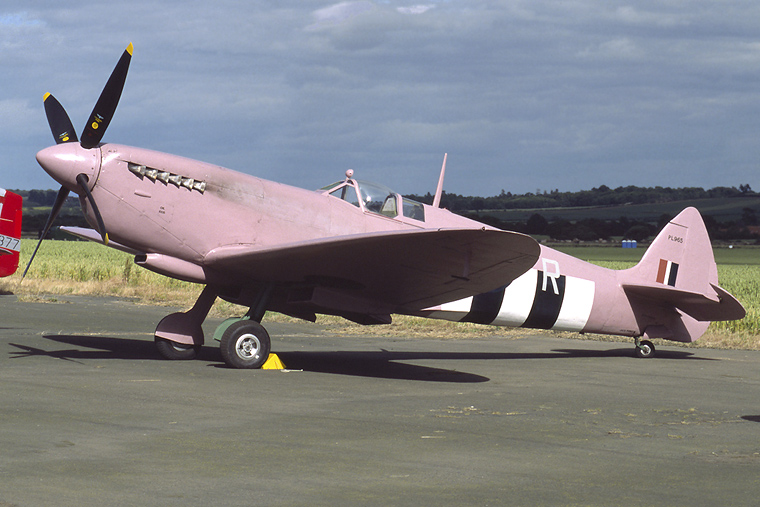 
Photographer's remark
(28.11.2007, 00:03 CET)
No, it's not an advert for "Sheila's Wheels". The RAF performed trials with high altitude reconnaissance aircraft visibility(based on the observations of the founder of the PRU, one Sidney Cotton) and came up with this !Carries the serial PL965/R and formed half of a display partnership, with Hurricane XII G-HURR as "Pink and Black". When last I saw this aircraft (2005), it had changed to the more commonly applied, PRU Blue scheme.

1 Guest
(31 December 2007 - 17:20 CET)
After a number of tests it was established that pink was one of the best colours to paint aircraft for low-level reconnaissance missions at dawn and dusk. The greatest drawback of the pink camouflage was that this colour made the pilots feel very vulnerable.

Terms and Conditions | About | FAQ | Photo Use | Privacy Policy | Online 598 (21 members)
© 2006-2023 Airplane-Pictures.net | E-mail us: Team@Airplane-Pictures.net
All photos are copyright © to their respective photographers and may not be used without permission.