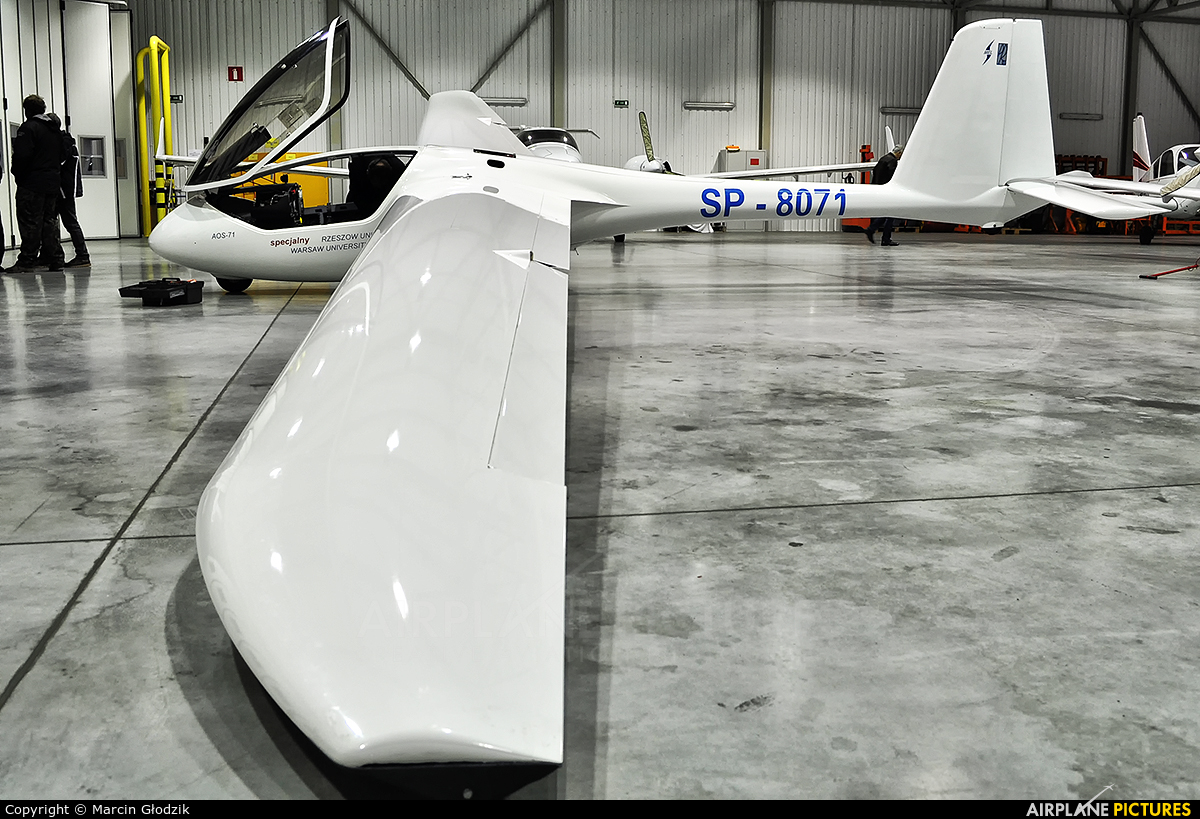 
Photographer's remark
(26.12.2016, 15:49 CET)
Name AOS-71 refers to Akademicki Ośrodek Szybowcowy (Academic Centre of Gliding) in Bezmiechowa. The name was suggested pilot gen. Tadeusz Gora, who is the patron Bezmiechowa. Two digits refer to 7. The next design created in the Warsaw University of Technology, which is a continuation of the program ULS Ultralight gliders carried out in the Warsaw University of Technology since 1978., And the first construction Rzeszów University of Technology. According to the National AOS-71 was to be used in the basic training of pilots, learning the basics of acrobatics, to competing in the competition, flying recreational and passenger and patrolling forests, etc. For developers the most important goal was to create a glider that will laboratory air and can be use it to do research on the aerodynamic profiles, different types of propellers or the use of renewable sources of energy to power the aircraft.

Terms and Conditions | About | FAQ | Photo Use | Privacy Policy | Online 615 (36 members)
© 2006-2022 Airplane-Pictures.net | E-mail us: Team@Airplane-Pictures.net
All photos are copyright © to their respective photographers and may not be used without permission.