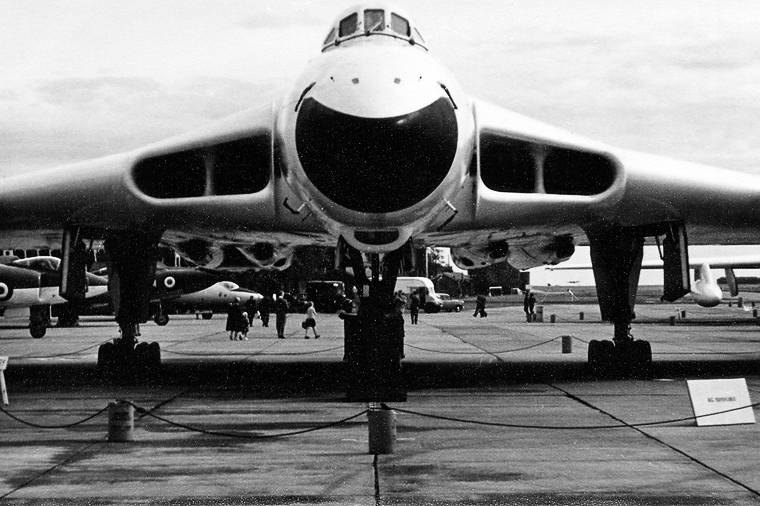 
Photographer's remark
(17.12.2007, 18:35 CET)
One of a series of photographs taken at an RAF Battle of Britain Air Display during the 1960s by my late friend and neighbour, Willie Watson. Photo submitted with permission by Wallace Shackleton

2 Alistair Bridges
(24 December 2007 - 01:18 CET)
In the background a Scimitar, Javelin, Canberra and the wing of a Valiant. They didn't seem to park them any better in those days, though - however at least the crowds seem smaller !
Great shots to have on board.

Terms and Conditions | About | FAQ | Photo Use | Privacy Policy | Online 1977 (76 members)
© 2006-2021 Airplane-Pictures.net | E-mail us: Team@Airplane-Pictures.net
All photos are copyright © to their respective photographers and may not be used without permission.