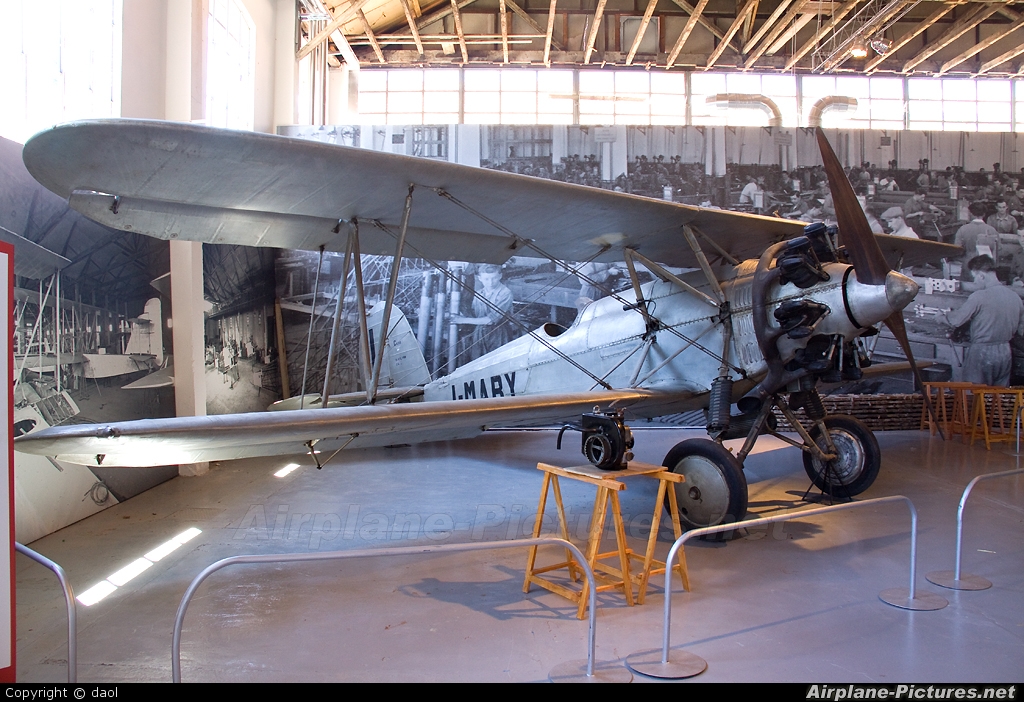 
Photographer's remark
(18.6.2010, 13:49 CET)
The Caproni Ca. 113 was a single-engined biplane from advanced training with acrobatic ability, produced in establishments of Italian Caproni Taliedo company in the 1930s. Conventional appearance, was designed to replace the previous Ca. 100, from which it differed to a strengthened and for the adoption of an engine from the higher power. Was characterised by a fuselage with two cockpits in tandem, stringers, with the same upper and lower wings, the latter disassata towards the rear, which ended in a conventional empennage queue from monoderiva. The sturdy undercarriage was fixed, before large rear wheels with fairing and a supportive shoe. The engine used on prototype, a radial Walter Castor, was replaced in production version by a more powerful Piaggio Star VII c. 35 with an accredited of 375 HP (276 kW) that could reach a top speed of 250 km/h. The quality of speed and acrobatic ability which are held by Ca. 113 were enhanced by a series of new world records conquered in the 1930s. On display at the Museum of aviation “Volandia” at the Malpensa Milan international airport, Terminal 2. Eos 50D Canon 18-200.

Terms and Conditions | About | FAQ | Photo Use | Privacy Policy | Online 931 (70 members)
© 2006-2020 Airplane-Pictures.net | E-mail us: Team@Airplane-Pictures.net
All photos are copyright © to their respective photographers and may not be used without permission.