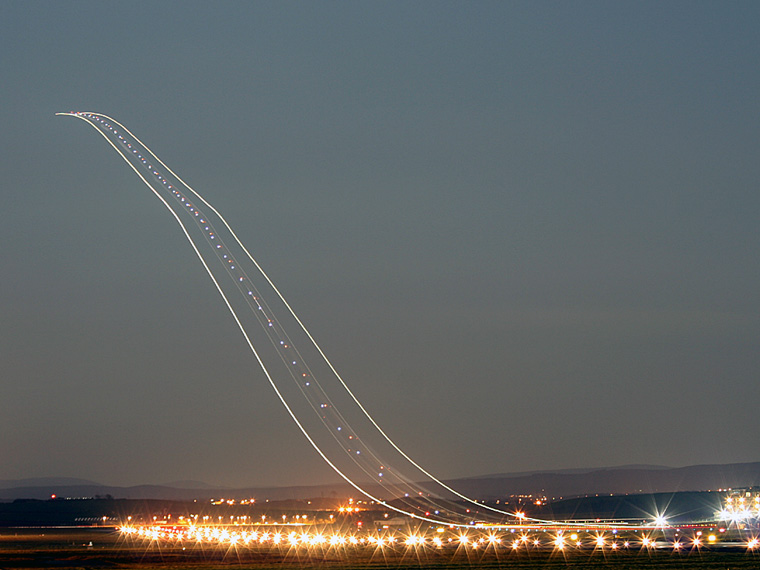 6 Swimfan
(29 September 2009 - 07:44 CET)
This foto was taken with a bulb shutter where you can keep the shutter open for as long as you want. This mode captures only trail of lights in a moving object. I bet you must have seen fotos of busy roads with only streaks of light but no vehicles. Thats it!

Terms and Conditions | About | FAQ | Photo Use | Privacy Policy | Online 1065 (61 members)
© 2006-2020 Airplane-Pictures.net | E-mail us: Team@Airplane-Pictures.net
All photos are copyright © to their respective photographers and may not be used without permission.