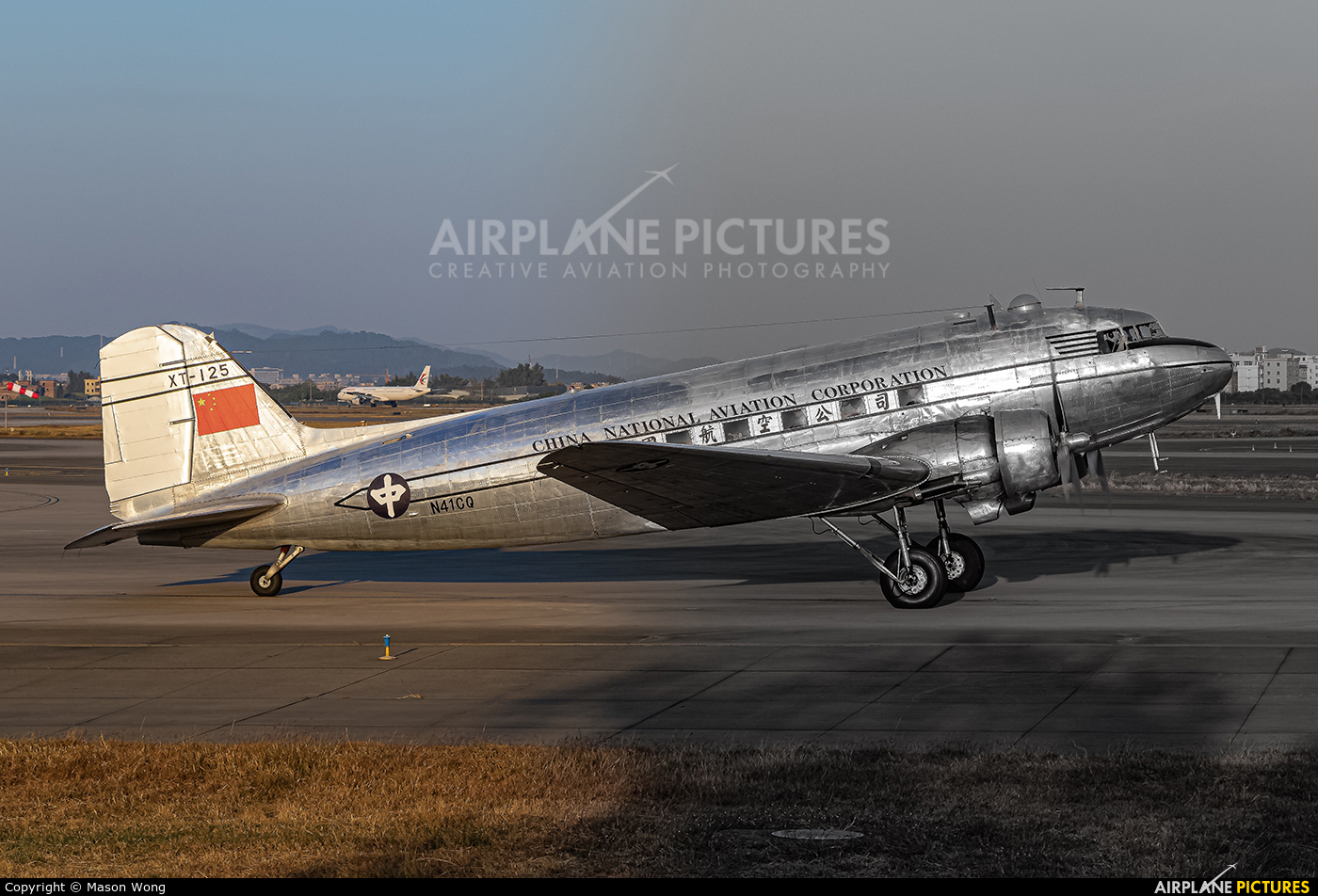 
Photographer's remark
(9.12.2019, 13:27 CET)
First, let me express my sincere gratitude to the two Sweden pilot, Carlson Bo Mikael and Molander Patrik Mikael, who pause the aircraft in front of me for few seconds during taxi. 70 years ago, the patriotic revolt of the two airlines turned the first page of PRC’s civil aviation industry. 70 years later, a DC-3 was painted in metallic luster—the origin livery of China National Aviation Corporation, one the two airlines who revolt against Nationalist Party. On December 4th, in order to commemorate this activity, this 75 years old DC-3 started his three days journey from Hong Kong, via Guangzhou, Shanghai, to the destination Beijing, the original route of the Patriotic revolt. Most of the rebeldoms were persecuted to death during PRC’s Cultural Revolution during 1966-1976. “The world will little note nor long remember what we say here, but it can never forget what they did here. It is for us the living, rather, to be dedicated here to the unfinished work which they who fought here have thus far so nobly advanced.”

Terms and Conditions | About | FAQ | Photo Use | Privacy Policy | Online 1253 (58 members)
© 2006-2020 Airplane-Pictures.net | E-mail us: Team@Airplane-Pictures.net
All photos are copyright © to their respective photographers and may not be used without permission.