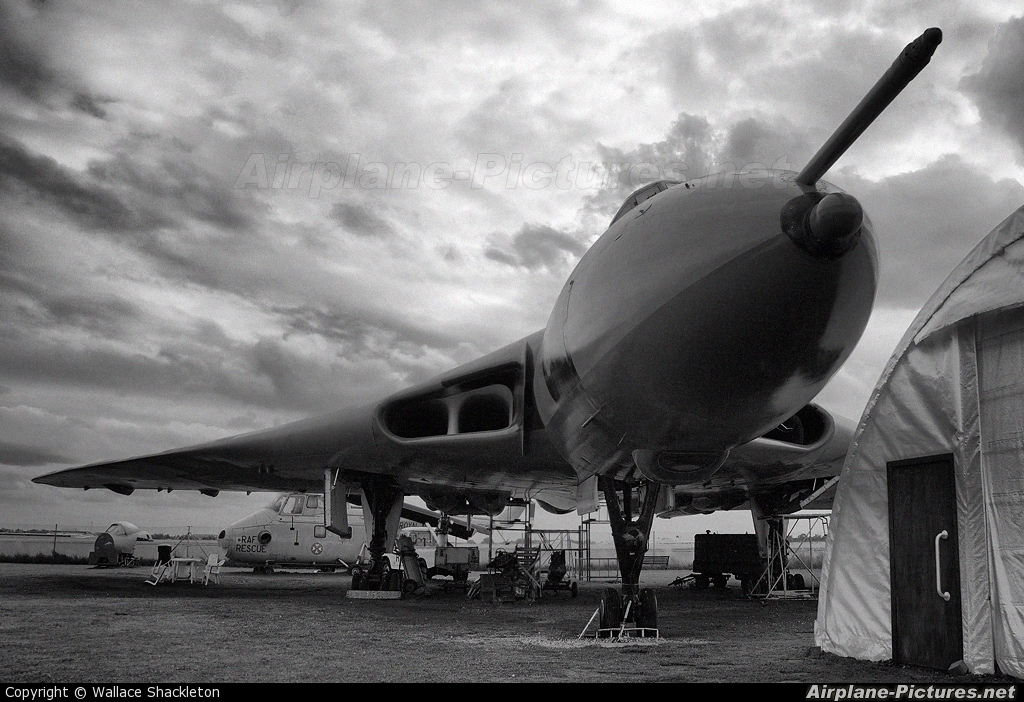 
Photographer's remark
(26.8.2008, 21:38 CET)
From the City of Norwich Aviation Museum's web site, "This aircraft was completed in February 1964 and entered service with 9 Squadron on the Coningsby and Cottesmore Wing the following month . In March 1968 it spent one month at the A&AEE at Boscombe Down. Next was a trip to Waddington and a move to 101 Squadron in 1975 and 44 Squadron in 1981. During the Falkland Islands War, XM612 was one of the aircraft sent to Ascension Island to fly ‘Black Buck’ missions against the Argentine forces entrenched on the Falklands. Although it didn’t actually see combat, it did help by proving the importance of the air-refuelling fleet. After the war, XM612 returned to 44 Squadron to see out its remaining service life. On 30th January 1983, XM612 flew into Norwich Airport to retire after 19 years of dedicated service." This image is a High Dynamic Range picture generated to accentuate the clouds and yet capture the right exposure under the aircraft. It seemed to suit a monochrome version with some noise added to give it the grainy period look.

Terms and Conditions | About | FAQ | Photo Use | Privacy Policy | Online 2048 (63 members)
© 2006-2021 Airplane-Pictures.net | E-mail us: Team@Airplane-Pictures.net
All photos are copyright © to their respective photographers and may not be used without permission.