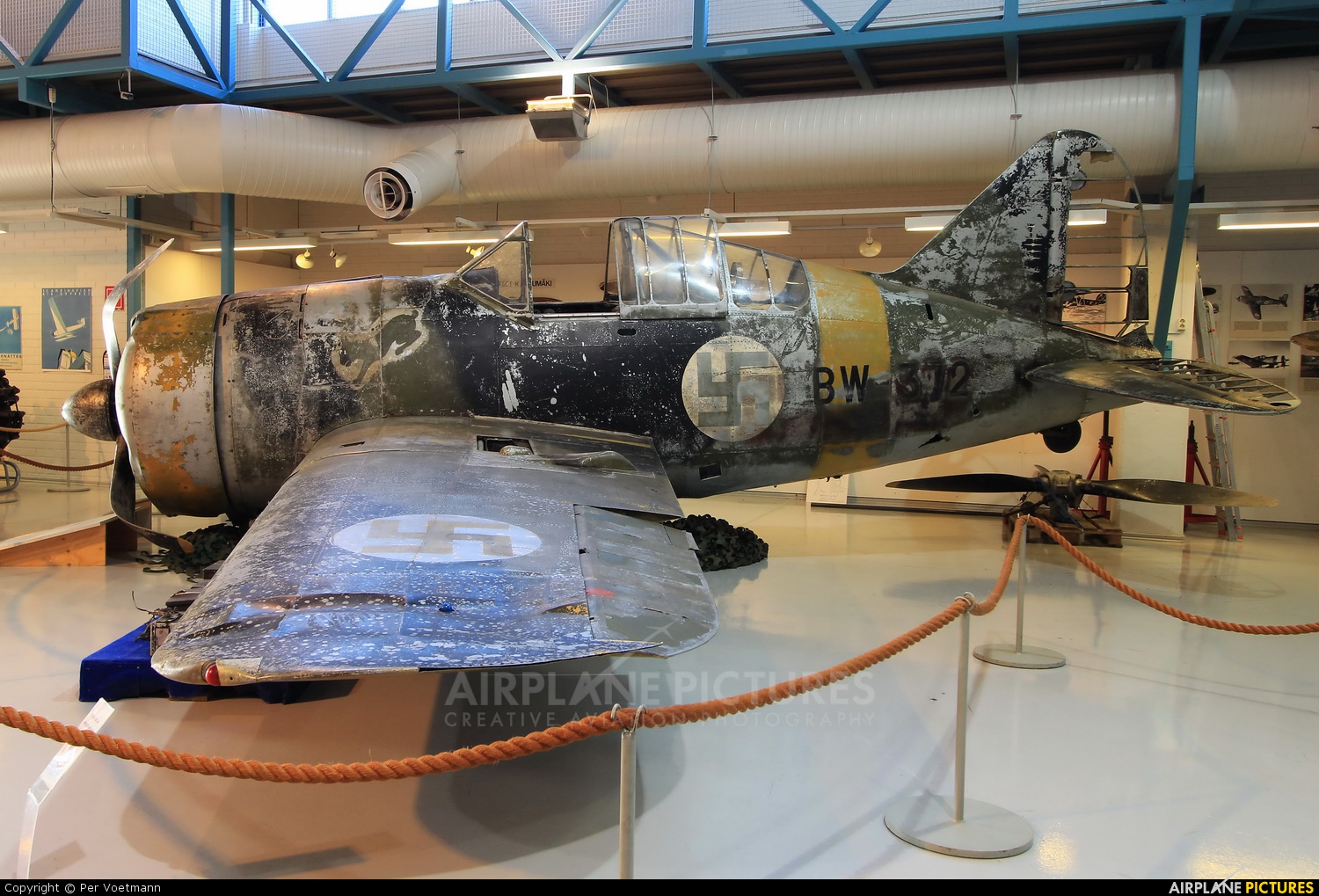 
Photographer's remark
(11.8.2013, 21:33 CET)
The plane, which was flown on its last flight in 1942 by Lt. Lauri Pekuri (1915-1999), was shot down over Soviet territory. The pilot managed to escape back to Finnish lines, where he converted to fly Messerschmitt 109s. The plane was lifted from a lake in Russian Karelia in 1998, but then vanished without trace, only to resurface in Pensacola (USA) in 2004. It is now on loan to The Aviation Museum of Central Finland in Tikkakoski AFB (Finland). The museum has restored it into a very fine condition. BW-372 is the only surviving Brewster B-239 anywhere in the world. The Brewster was a successful plane in Finnish hands. It proved to be a highly effective weapon in the Continuation War of 1941-1944, with a kill-rate of 26:1. Their opponents at the conflict were mainly Soviet Hurricane fighters.

Terms and Conditions | About | FAQ | Photo Use | Privacy Policy | Online 1216 (31 members)
© 2006-2022 Airplane-Pictures.net | E-mail us: Team@Airplane-Pictures.net
All photos are copyright © to their respective photographers and may not be used without permission.