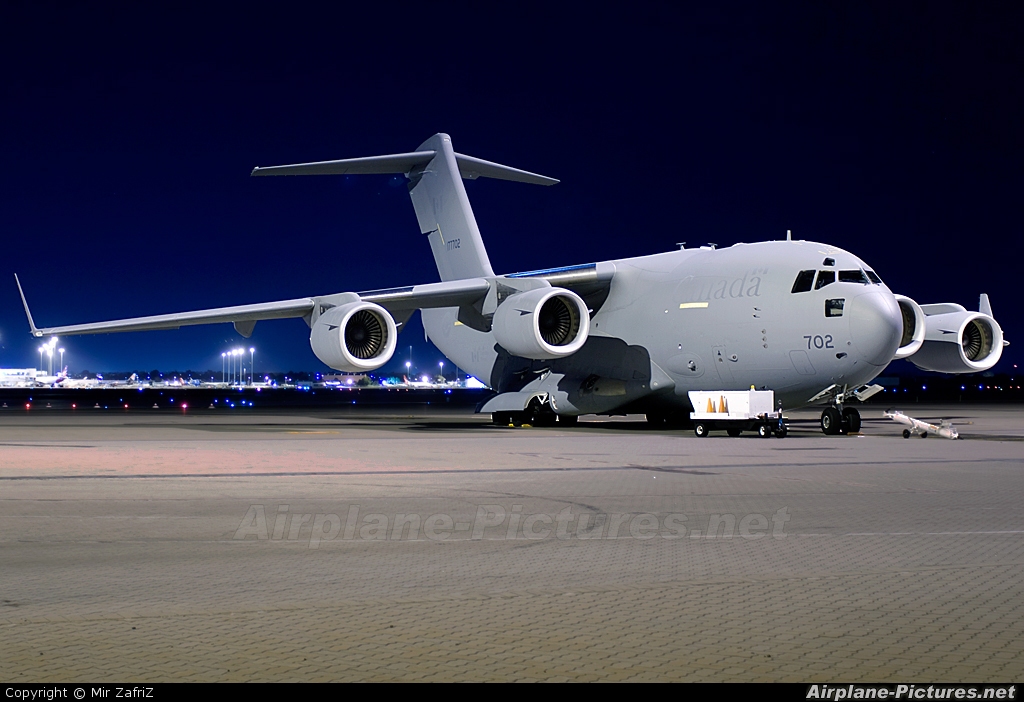 
Photographer's remark
(13.5.2009, 23:35 CET)
A Canadian air force personnel cleaning the windscreen before departing to New Zealand. This aircraft was returning from a mission in Afghanistan. Arrived Perth from Diego Garcia on 1st May 2009 and departed to Auckland on 2nd may 2009 to pick up a a P-40 Kittyhawk and then transport it back to Canada. Canadian Defence Minister only found out about the flight on 12 May 2009, shortly after it had taken place and asking the military for a full accounting of why the head of the air force authorized a C-17 transport plane to fly to New Zealand to pick up a vintage aircraft for a private organization in Quebec, Canada.

Terms and Conditions | About | FAQ | Photo Use | Privacy Policy | Online 626 (31 members)
© 2006-2022 Airplane-Pictures.net | E-mail us: Team@Airplane-Pictures.net
All photos are copyright © to their respective photographers and may not be used without permission.