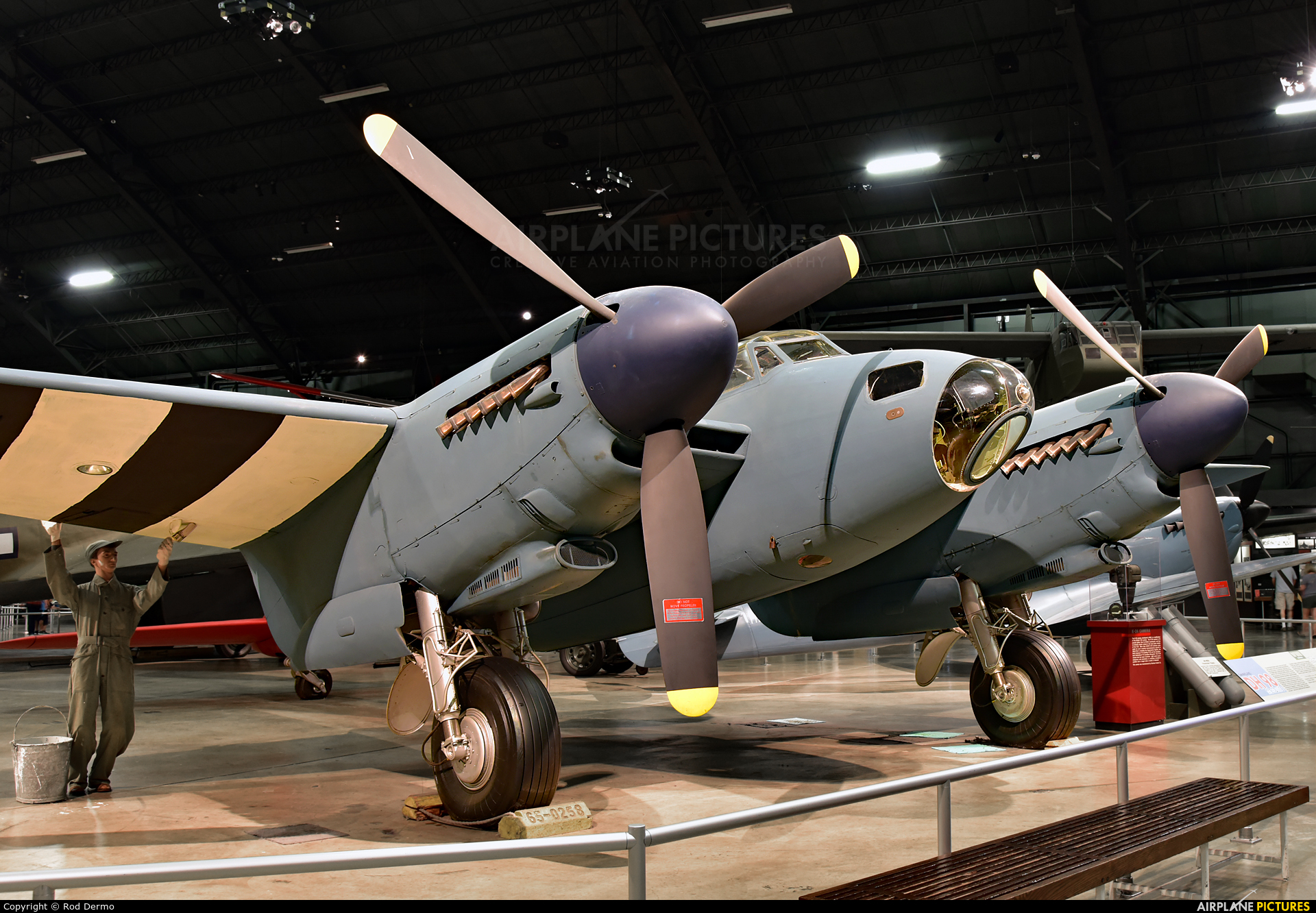 
Photographer's remark
(9.6.2009, 06:43 CET)
This aircraft has been restored to a PR.XVI configuration and has been painted to represent a weather reconnaissance aircraft of the 653rd Bomb Squadron, 25th Bomb Group, based in England in 1944-45, complete with serial number NS519. National Museum of The United States Air Force.

1 Jerry Headley
(28 September 2010 - 10:53 CET)
The Mossie's performance makes an interesting comparison with that of the B17 in terms of bomb load, speed and crew. On all these it scores highly, losing out on range; the latter not being an issue for the European theatre

Terms and Conditions | About | FAQ | Photo Use | Privacy Policy | Online 2065 (62 members)
© 2006-2021 Airplane-Pictures.net | E-mail us: Team@Airplane-Pictures.net
All photos are copyright © to their respective photographers and may not be used without permission.