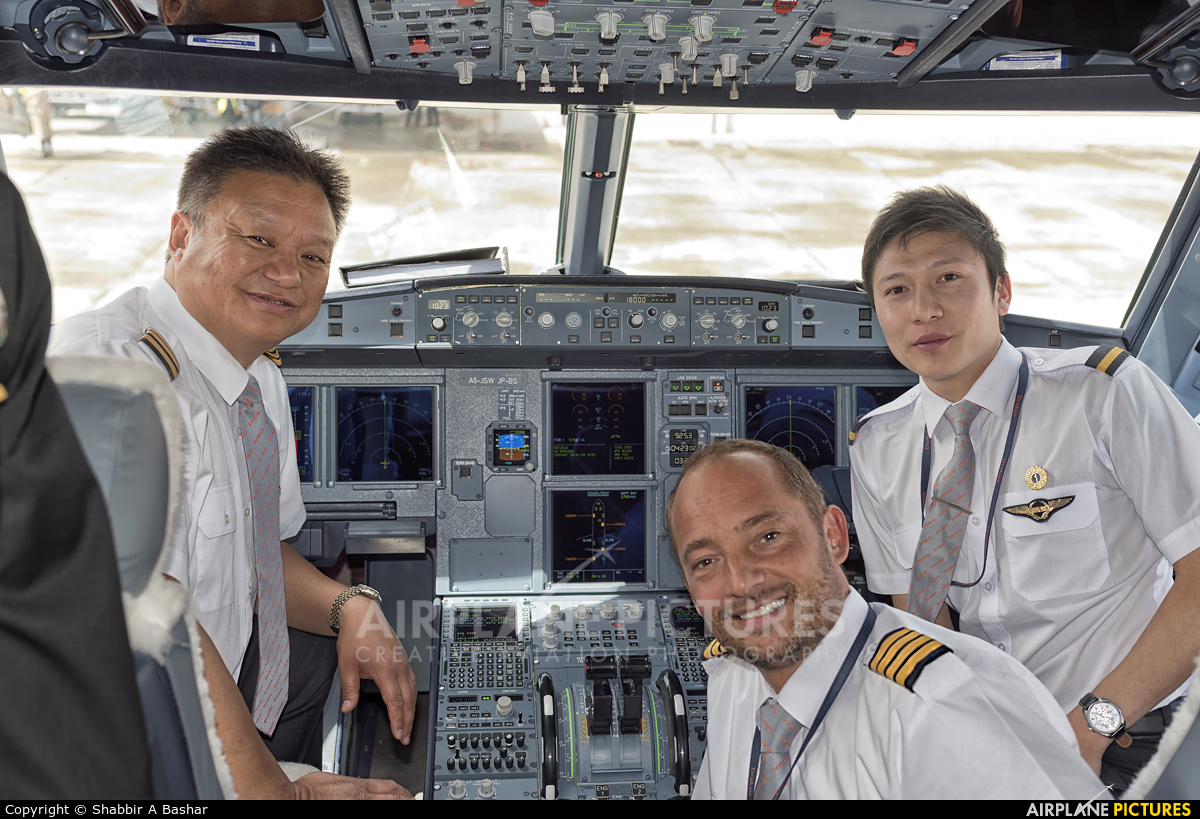 
Photographer's remark
(17.4.2015, 15:17 CET)
Three of apparently only a handful of pilots in the world who are qualified to fly a commercial passenger airliner into Paro, Bhutan. It is rare to hear a Captain announce, "Your Majesties, ladies and gentlemen" on board an aircraft but this trio just flew their Majesties King Jigme Khesar Namgyel Wangchuck and Queen Jetsun Pema Wangchuck of Bhutan from BKK to PBH. Incidentally, the letters "JSW" in the registration of this aircraft are the initials of the immediate past ruler, King Jigme Singye Wangchuck, the father of the present monarch. Aircraft was only 15 days old when this shot was taken; first Druk A319 with Sharklet. Thanks to Captain Sonam Tobgay and his crew for this rare photo opportunity.

Terms and Conditions | About | FAQ | Photo Use | Privacy Policy | Online 1286 (22 members)
© 2006-2021 Airplane-Pictures.net | E-mail us: Team@Airplane-Pictures.net
All photos are copyright © to their respective photographers and may not be used without permission.