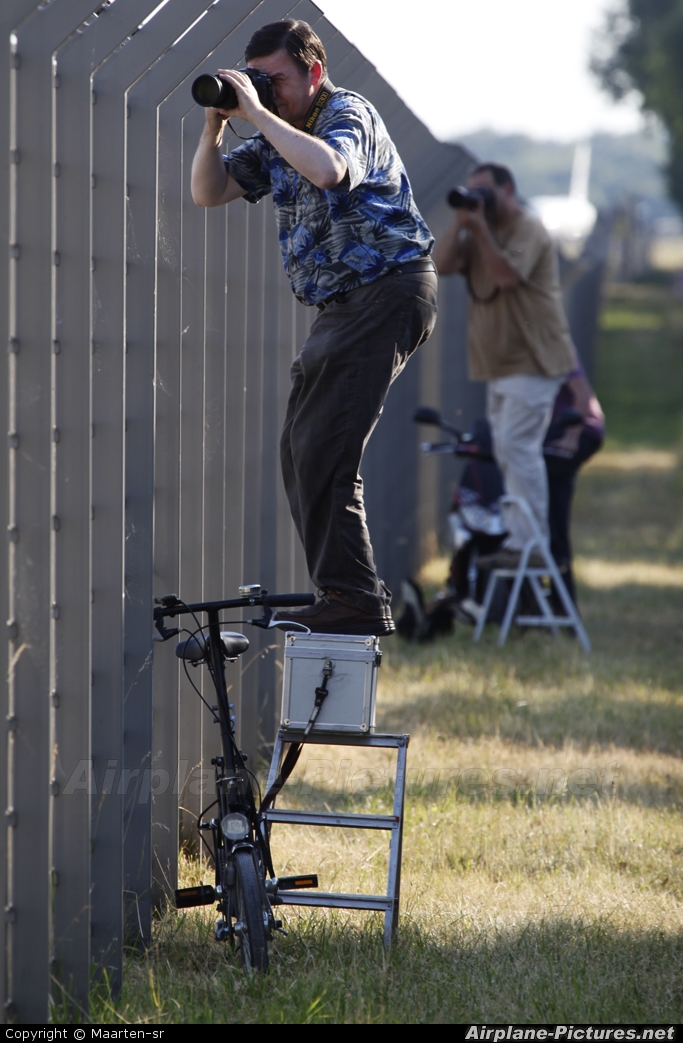 1 Oldrich Chmel
(14 July 2010 - 22:39 CET)
Oh yes - quite dangerous sometimes! Watch the ladder, man! I certainly wouldn't do that now. Was involved in an accident myself, recently -- a poorly stabilized ladder, got injured and ended up in hospital (and of course, missed the plane I was after). Thanks to one nice random photog nearby, who called the emergency (had to explain them the situation several times, they could not believe that he is not joking). It is more than a month now, but I still have problems to move my right hand properly. Please pay some attention to the stability of your ladder... Well and do not attempt to sit on the top, unless you are 100% sure it is safe!

Terms and Conditions | About | FAQ | Photo Use | Privacy Policy | Online 822 (13 members)
© 2006-2021 Airplane-Pictures.net | E-mail us: Team@Airplane-Pictures.net
All photos are copyright © to their respective photographers and may not be used without permission.