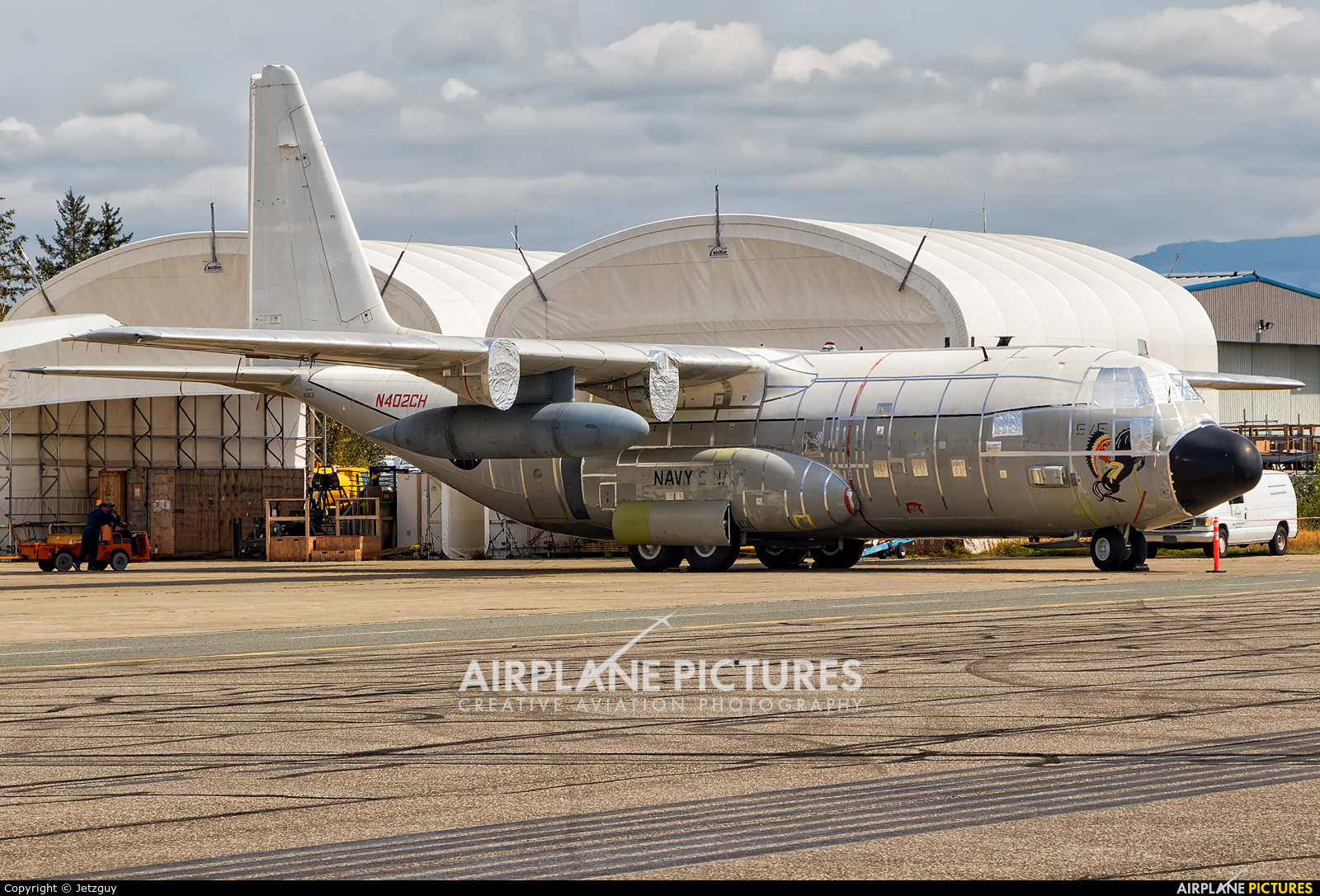 
Photographer's remark
(29.8.2019, 07:51 CET)
This EC-130Q Hercules is owned by a company in Los Angeles. She is an ex US Navy aircraft. Several of these model aircraft have been converted to into air tankers by Coulson Aviation. They are highly effective aircraft in this fire fighting role. Hopefully this aircraft ends up working again in a similar capacity. This Herc was parked at the Abbotsford International Airport during the International Air Show 2019 weekend. The U.S. Navy's EC-130Q Hercules TACAMO ("Take Charge and Move Out") aircraft were a land-based naval aviation platform that served as a SIOP strategic communications link aircraft for the U.S. Navy's Fleet Ballistic Missile submarine force and as a backup communications link for the USAF manned strategic bomber and intercontinental ballistic missile forces. To ensure survivability, TACAMO aircraft operated as a solo platform well away from and not interacting with other major naval forces such as sea-based aircraft carrier strike groups and their carrier air wings or land-based maritime patrol aircraft. Operated by Fleet Air Reconnaissance Squadron THREE (VQ-3) and Fleet Air Reconnaissance Squadron FOUR (VQ-4), the EC-130Q was replaced by the U.S. Navy's current TACAMO platform, the Boeing 707-based E-6 Mercury.

Terms and Conditions | About | FAQ | Photo Use | Privacy Policy | Online 990 (50 members)
© 2006-2020 Airplane-Pictures.net | E-mail us: Team@Airplane-Pictures.net
All photos are copyright © to their respective photographers and may not be used without permission.