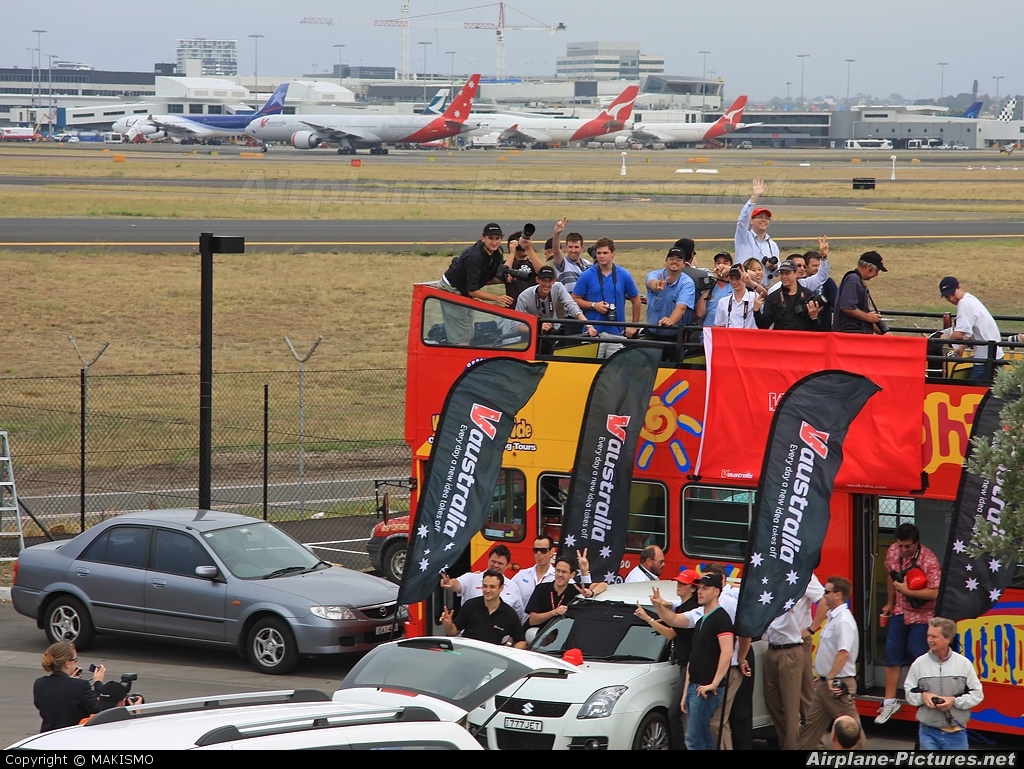 
Photographer's remark
(10.2.2009, 10:35 CET)
Photo call, with V Australia staff in foreground, photographers and VH-VOZ taxiing to the International terminal. For the keen eyed, note special number plate of vehicle in fore ground and a another special visitor (A6-EHJ) at extreme right of picture.

2 MAKISMO
(15 February 2009 - 04:17 CET)
It was great day Matt, despite the overcast, witnessing the start of a new airline and the delivery of the first 777 to be flown by an Aussie carrier - she (VH-VOZ) even has some components (elevators) manufactured at Hawker de Havilland at Bankstown. Great to see also the numbers of aviation enthusiasts turning out for this one and the bounty of treats apart from VOZ; A6-EHJ in the F1 livery, 3 A380's from the three different carriers and the Minerology MD-82 to name a few. If anyone in this image wants a jpeg just email me through this site.

Terms and Conditions | About | FAQ | Photo Use | Privacy Policy | Online 1197 (23 members)
© 2006-2022 Airplane-Pictures.net | E-mail us: Team@Airplane-Pictures.net
All photos are copyright © to their respective photographers and may not be used without permission.