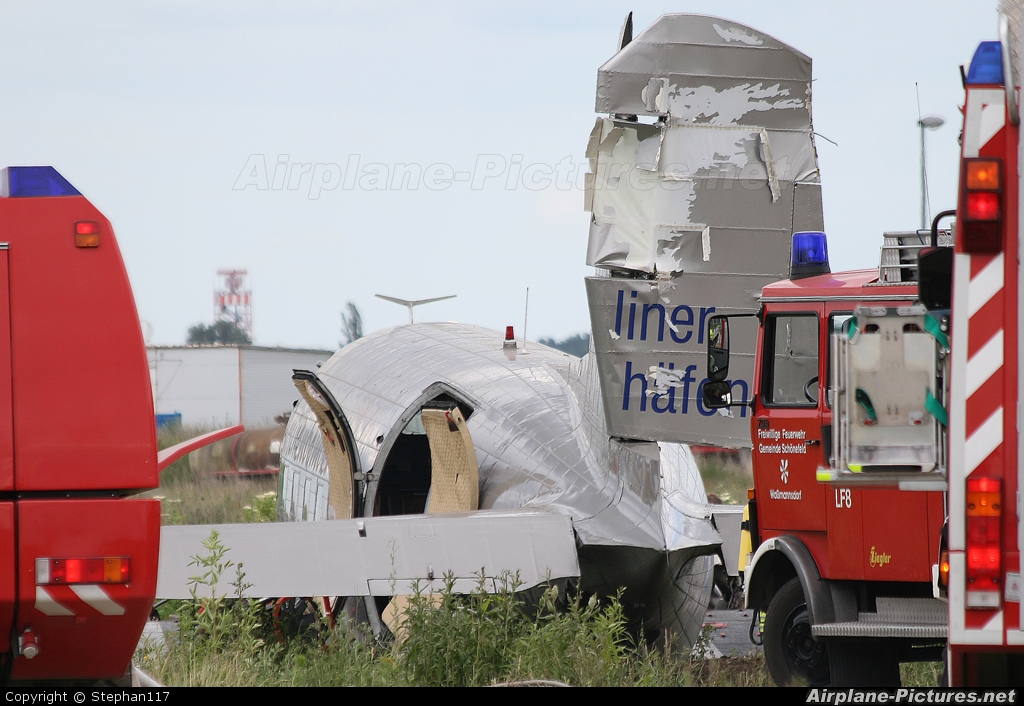 
Photographer's remark
(20.6.2010, 09:13 CET)
Just sad to see her lying heavily damaged in the gras. Directly after take off, there were some engine problems, the crew made a left turn and tried to get back to the runway but they didn´t make it. Fortunately there were no people killed, some passengers and the crew were injured. But the damage of the aircraft looks like she will never fly again, one wing is cut off :-( It was the only german Dakota. Sorry for the obstacles but a better shot was not possible.

Terms and Conditions | About | FAQ | Photo Use | Privacy Policy | Online 1175 (39 members)
© 2006-2023 Airplane-Pictures.net | E-mail us: Team@Airplane-Pictures.net
All photos are copyright © to their respective photographers and may not be used without permission.